The Free West Papua Movement has held a rare press conference in Papua New Guinea to call for international action on the conflict in Indonesian ruled Papua. 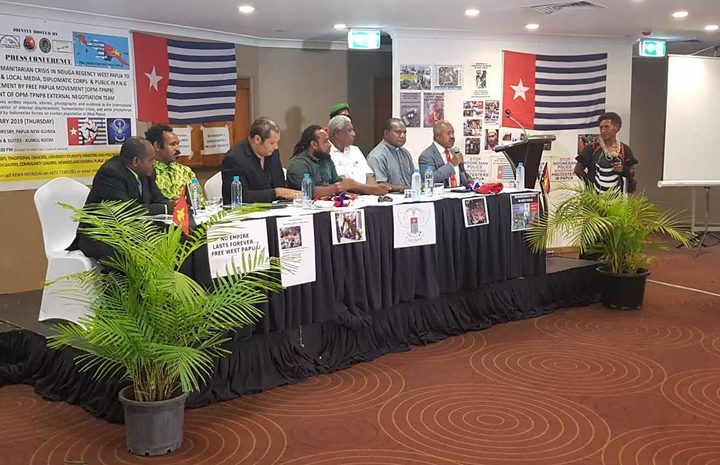 Representatives of the movement's armed wing, the West Papua Liberation Army, gave an update about its conflict with Indonesian security forces in Papua's central Highlands.

OPM spokesman Jeffrey Bomanak announced the Movement's official support for the Liberation Army's declaration of war against the Indonesian state.

He said the armed struggle to end Indonesian rule would not end until Jakarta agreed to meet for peaceful negotiations, for which the OPM is establishing a team of negotiators.

However, Indonesia's government has previously ruled out negotiations with the OPM, which it brands as a criminal group.

While PNG's government supports Indonesian control of Papua, MPs at the conference said there was a need to change the policy to help resolve the conflict.

The NBC journalist Rose Amos says the Governor of PNG's National Capital District, Powes Parkop, was among them.

"Governor Parkop announced that he is working on a submission to move motion in parliament for a change in the (government) policy because he says PNG government's existing policy between PNG and Indonesia is still in," Rose Amos said.