Veteran Flying Fijians wingers Timoci Nagusa and Nemani Nadolo have announced their retirement from international rugby, just over seven months out from the

Nagusa made his test debut in 2008 against Samoa in Lautoka and played the last of his 33 tests against Tonga in June last year. 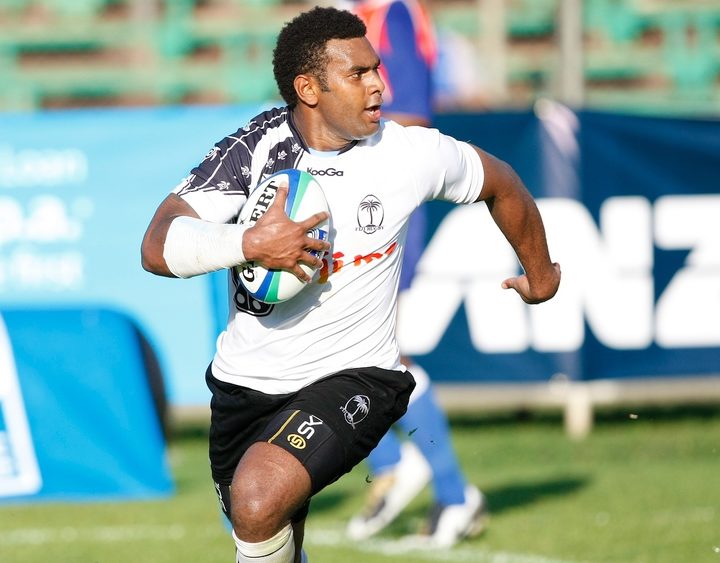 Timoci Nagusa made his test debut in 2010. Photo: PHOTOSPORT

The 31-year-old scored 16 tries for his country and, along with Montpellier club-mate Nadolo, represented Fiji at the 2015 Rugby World Cup.

"With a few months away to the RWC today I've decide to hang up my international boots," he said.

"Twelve years I've had the privilege to represent my country Fiji when I'm available. I've had the greatest moments, played with so many talented players.

"I was never a keeper for the jersey, having that palm logo on my heart, I run onto the field for my family and everyone that have always supported me." 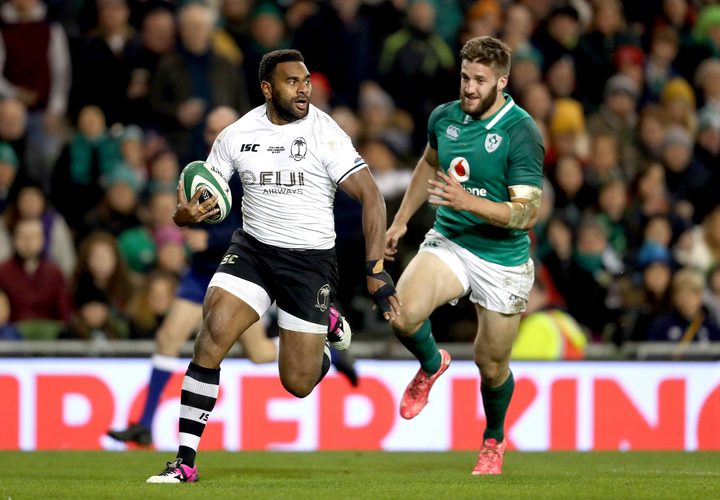 Timoci Nagusa heads for the tryline against Ireland in 2017. Photo: PHOTOSPORT

Nadolo, who celebrated his 31st birthday on Thursday, scored 224 international points in 30 test appearances and is Fiji's third highest all-time test try-scorer with 19, one behind Vereniki Goneva and Sanivalati Laulau.

In a post on Instagram, the Montpellier winger said after a long period of discussion he "felt it was the right decision for me and my family moving forward."

I thought I'd be the first to let you all know that i'v called it a day playing for my beloved country Fiji. First and foremost I want to thank the almighty for without him i believe I would never have gotten this far. The moment I debuted as a "caretaker" of the jersey back in 2010 I would have never thought I'd have played for this long and represented the tiny island of Fiji. I want to thank all the coaches, trainers, physios and people I have come in contact with during my time as a "caretaker" of the jersey. To all the past and present players whom i'v had the honour of playing along side with I want to say big VINAKA.. Most of all to the PEOPLE of Fiji both in Fiji and abroad. I just want to let you all know that it's been a pleasure to have represented you all over the years.. I believe this team belongs to the people of fiji and its because of you we find the motivation to play everytime we get the opportunity and for that I hope I haven't let you guys down. With the depth and current crop of outside backs coming through I have no doubt that the next "caretakers" of the jersey will do a great job.. Iv faced a few challenges over the last 18 month's both on and off the field. After speaking to my partner @kimstyleme for a long period of time about this I felt it was the right decision for me and my family moving forward. I still have a lot to prove and I look forward to doing that with my club @mhr_officiel.. I wish the coaches and the current squad all the best for the future and have no doubt they will do well!.. #vinaka #veilomani ❤

Flying Fijians Head Coach John McKee was aware of the duo's intended decision but admitted it did not make the news any easier to digest.

"It was with disappointment that I received the news that two experienced Flying Fijians, Timoci Nagusa andNemani Nadolo have announced their retirement from international rugby," he said.

"I had been in personal contact with both players prior to the announcements over recent days and fully understand and respect their decisions." 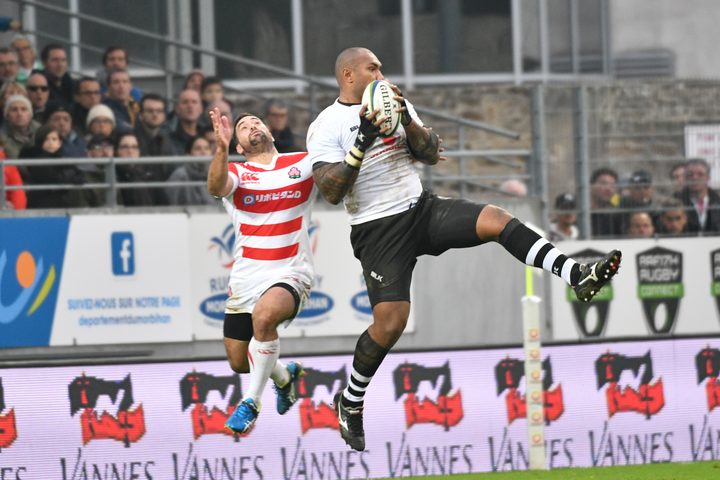 Nemani Nadolo won't be in Japan for the World Cup after announcing his retirement from test rugby. Photo: PHOTOSPORT

Nagusa and Nadolo both started Fiji's shock 27-19 defeat by Tonga in Lautoka in June, in what proved to be their final test appearance.

John McKee said the players have given a lot to the national team over the last decade.

"I thank these players for their contribution to the Flying Fijians over the years both on and off the field through their exceptional play and team leadership," he said.

"In many ways retirements such as these show us the pressure our Flying Fijians can be under juggling their professional rugby career, possible injuries, living in Europe, family life and making themselves available to represent their country."

Nemani Nadolo and Timoci Nagusa will continue to play for Montpellier. Photo: AFP

Less than three months on from Fiji's stunning victory over France, John McKee said preparations for the Rugby World Cup in Japan are intensifying.

"As good a players as both Timoci and Nemani are there is of course no guarantee that they would make the final selection for RWC," he said.

"We now have a very good depth of players who can play well at the highest level of the game in test match rugby and a lot of competition across the team to make the final selection for RWC 2019.

"2019 is a very important year for the Flying Fijians and there will be a lot of hard work & commitment required to ensure that the final selected squad is fully prepared to put in our best performance at RWC 2019."