Papua New Guinea face a daunting start to the Sydney Women's Sevens, with a first up clash against World Series leaders New Zealand.

The Palais qualified for this weekend's tournament and and the upcoming World Series Qualifier in Hong Kong after finishing fourth at the Oceania Sevens in November. 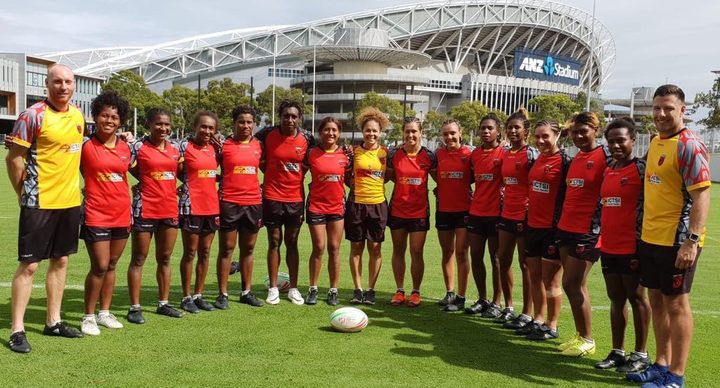 The PNG Palais team are competing in the Sydney Sevens for the third straight year. Photo: Supplied

Head coach Paul Tietjens said they are feeling better prepared after three week-long training camps in Port Moresby and Sydney, although they know it won't be easy.

"It doesn't get any more challenging than playing New Zealand, the World Series leaders, first up and they're World Champions and they're Commonwealth Games champions so definitely very challenging, " he said.

"Obviously we've been doing a lot of analysis on New Zealand and how we want to play them and they don't have a lot of weaknesses so it's going to be about doing what we can control and doing the basics well to execute a gameplan against them."

The Papua New Guinea women failed to win a game in their two previous appearances in Sydney.

Last year they managed to score just one try as their defence leaked a whopping 222 points across five matches but Paul Tietjens believes they have.

"The good thing is we're going to the tournament as underdogs and there's no real pressure on us to perform but we are putting pressure on ourselves, individually and as a team, to perform as best we can and let the result take care of itself," he said.

"Our initial goal is to go this tournament and basically challenge and really push some of the core teams and hopefully cause some upsets if we can do the basics well and execute on the day.

"So a very very challenging group, with New Zealand, England and France, but very good experience for our girls, especially moving into the big one in Hong Kong in April."

Meanwhile, the Fijiana take on Canada, Russia and Ireland in Pool B, in their first tournament under new head coach Saiasi Fuli. 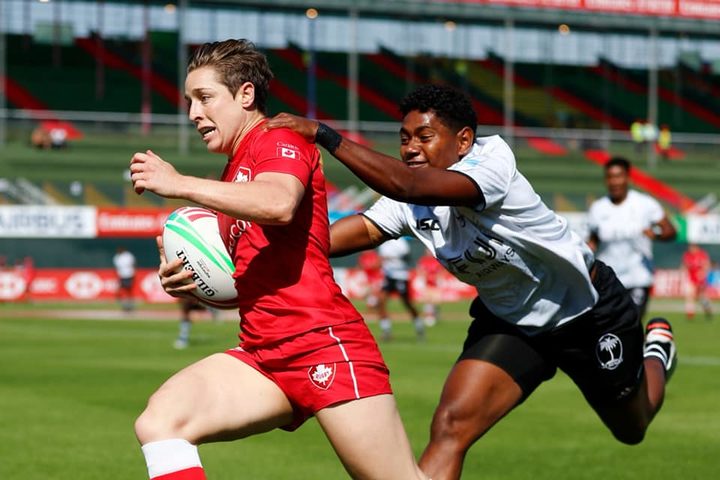 The Fijiana will be hoping to avenge their defeat to Canada in the previous round in Dubai. Photo: World Rugby