Papuan civilians in troubled Nduga regency are returning to their villages after recent conflict in the area, according to Indonesia's military. 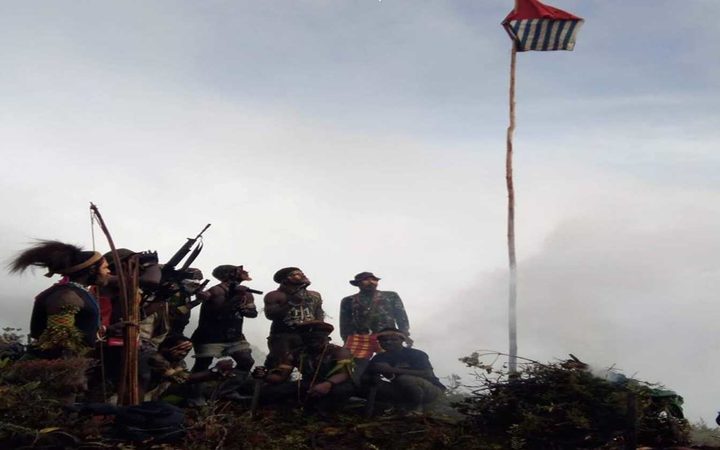 Since late last year, a large joint operation by military and police has been underway in this Highlands region in pursuit of the West Papua Liberation Army.

The Liberation Army killed at least 16 Indonesian road construction workers and a soldier in early December in the most notable of its various attacks on Indonesian state representatives last year.

Thousands of villagers were reported to have fled to remote bush to avoid being targeted in the military pursuit, amidst reports of civilian casualties.

But an Indonesian military spokesman said with police and the provincial government, it was providing protection for villagers to return home, as well as food and health services.

Colonel Muhammed Aidi said it was unclear how many people remain displaced.

However, fighting persists in the area, and he said gunfire on 9 January left one "separatist" killed.

But the United Liberation Movement for West Papua has accused the TNI of targeting remote Papuan communities with impunity.

The Liberation Movement's US-based deputy secretary-general Octo Mote said the Indonesian military couldn't make distinctions between the civilians and the guerilla forces of the Liberation Army.

"The delegation that was formed by the provincial government identified innocent villagers (who were) killed. They found dead body in the road. That's not an guerilla person, this is [an] innocent [person]," Mr Mote said.

"They were there in order to try and track down the three Indonesians that were missing. What they found was Papuan bodies in the ground."

Mr Mote accused the TNI of aerial bombardment of Papuan communities in Nduga, a claim that the TNI has repeatedly denied.

Colonel Aidi said the TNI was performing its role to ensure legal authority and to protect civilians, and was appealing to villagers to return from the bush through traditional, community and religious leaders.

The joint TNI police operation in pursuit of the Liberation Army is concentrated on the regencies of Nduga, Puncak, Puncak Jaya and Lanny Jaya in Papua's central Highlands.

Colonel Aidi denied that there had been blockades on access to Nduga, saying the military was facilitating transportation for residents, as well as social and humanitarian services.

He said those operating civilian transportation services had been afraid to enter Nduga without security forces escorting them, due to recent "terror" attacks.

Concerned for the welfare of those villagers who fled to the bush, Papua's provincial governor Lukas Enembe last month urged military to withdraw from the region.

Mr Mote said it was sad and disappointing that apart from the Kingmi church, no Papua-based churches have spoken out to try and stop the conflict.

"In the middle of this I really appreciate the role that was played by (Papua's) governor. He offered how to deal with this peacefully, but no."

The troops did not withdraw and the governor faced criticism for his call from nationalist elements.

"He took a risk because he has to protect his people," Mr Mote said.