American Samoa's governor wants the US Senate to approve funding for the territory's infrastructure needs. 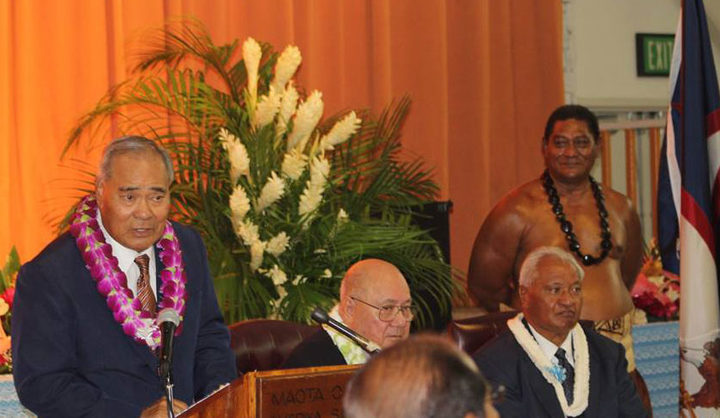 Lolo Matalasi Moliga said the requirements were numerous and included both the repair of existing assets and construction of new facilities.

At least $US5 million dollars is required for the dredging at Faleasao and Ta'u in the Manu'a island group, because it is too shallow for the inter island ferry MV Manu'atele to enter, he said.

Another $US5 million is needed to build a dock in the group that would entice more fishing vessels to home port in the territory, Lolo said.

Help is also needed with repairs to the government-owned shipyard, upgrades to the Pago Pago airport terminal and improvements to visitor accommodation, the governor said.