A tiny hole has been found in the hull of a ferry in American Samoa that started to sink while docked in Fagatogo. 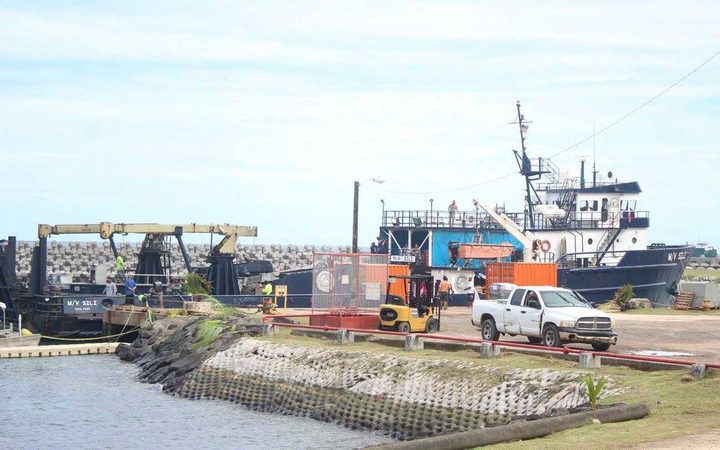 A port engineer noticed the MV Sili listing last Saturday and discovered it was taking on water.

The port's deputy director, Christopher King, said an underwater inspection of the hull revealed the hole after the water was pumped out of the vessel.

Mr King said the hole has been patched and a thorough inspection of the inside of the ferry will now be conducted to determine what needs to be replaced.

He said the engines, electrical systems and other apparatus in the engine room were submerged.

Mr King said the ferry will be out of commission for some time as the shipyard where the repairs will be done is also being upgraded.

According to the US Coast Guard, dry dock facilities will not be available until the end of March.

American Samoa received a new ferry, Manu'atele, in 2017 but even after its arrival the older MV Sili has continued to take people and cargo between Tutuila and Manu'a because it is able to dock at the wharfs in Ofu and Faleasao unlike the Manu'atele.