Salvage crews are scrambling to prevent 600 tonnes of oil on a striken ship in Solomon Islands from leaking into a world heritage area. 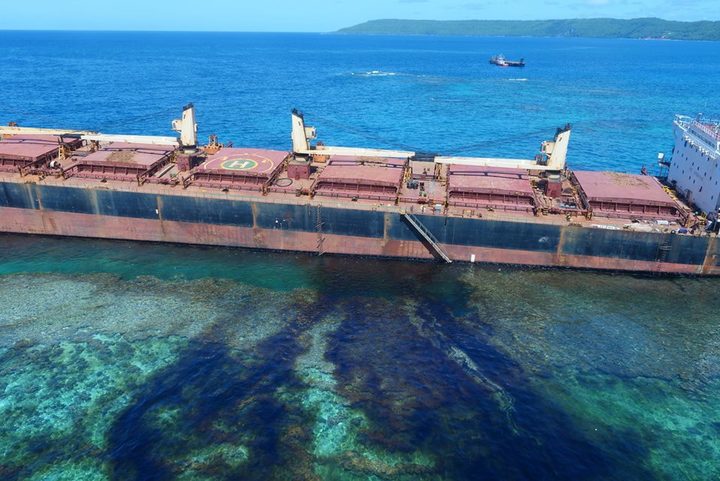 Meanwhile, the slow response of the ship's owner and a local mining company to the disaster continues to stir anger.

The Solomon Trader ran aground at Rennell Island while loading bauxite during a cyclone on 5 February.

Since then, it's leaked about 100 tonnes of oil into the sea, creating a slick that's spread about six kilometres around the wreckage.

Salvage crews are frantically trying to get the remaining 600 tonnes pumped off the ship.

But Australia's Department of Foreign Affairs said it was highly likely much of it would be "released" into the sea.

It said responsibility for mitigating the environmental disaster rested with the companies involved, and that it was "profoundly disappointed" with how they had responded.

Australia said it would help Solomon Islands minimise the spill's impacts, and then help it hold the companies responsible.