Tropical Cyclone Wutip has been downgraded to Typhoon status after being declared a Super Typhoon on Monday evening. 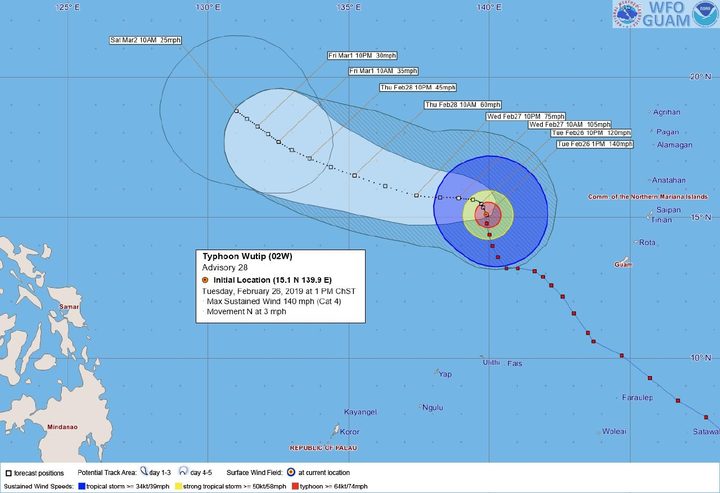 At 1pm Guam time on Tueday, Wutip was 550 kilometres west-northwest of the capital Agatna and headed north at 3km/h.

The US National Weather Service says winds at its centre have slowed to 225kp/h making it a Category 4 system.

Category 5 force winds of more than 270kp/h were sustained as the storm moved away from the Marianas Islands yesterday 25 Feb.

Wutip is expected to weaken further and make a west-northwest turn and gather forward speed into open ocean over the next 24 hours.