Typhoon Wutip, which passed close to the Northern Marianas and Guam this weekend, has been upgraded to a category five storm. 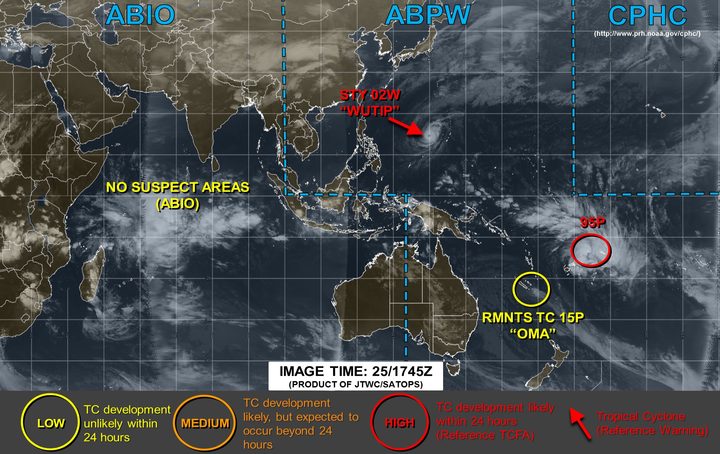 It is the first time a category five typhoon has ever been recorded in the Northern Hemisphere in February.

Cyclones in Micronesia typically develop between May and October.

The US National Weather Service says the typhoon, with winds as high as 277km/h at its centre, is moving northwest away from the Marianas into open sea.

It caused only minor flooding in the Northern Marianas and Guam.