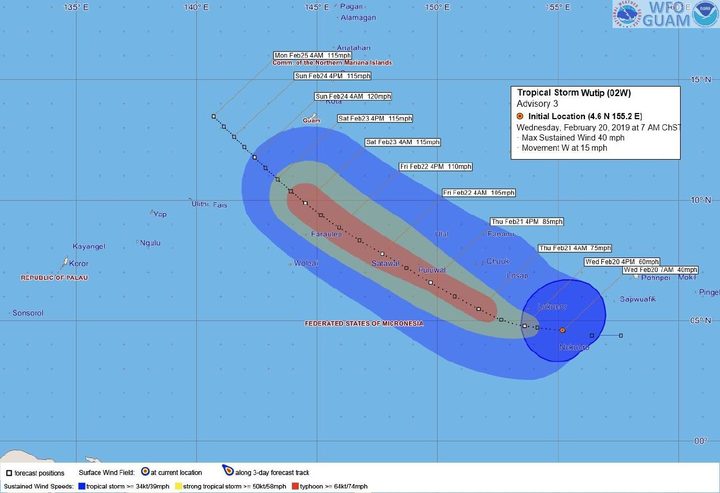 A tropical storm in Micronesia has been upgraded to a typhoon.

Typhoon Wutip currently has sustained winds of 120 kilometres an hour as it makes its way through Federated States of Micronesia.

It's forecast to pass close to Guam early on Sunday, where strong winds and torrential rain are forecast.

Further north, the lower Northern Marianas are expected to cop the outer edge of the storm.

Those islands are still reeling from Super Typhoon Yutu, which devastated the territory at the end of 2018.