Indonesian police have admitted using a snake during an interrogation of a West Papuan. 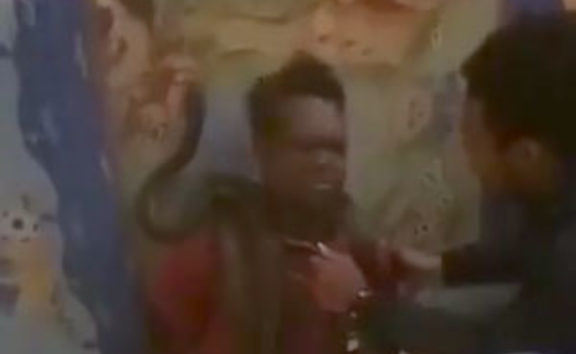 The Associated Press reported that the admission came after a video of the interrogation went viral online.

The video shows a Papuan man in custody, screaming in terror at a large live snake wrapped around his neck and waist while his interrogator laughs.

Sam Lokon was arrested last month in Papua's Jayawijaya regency during a crackdown on petty crime.

He is a member of the pro-independence West Papua National Committee, whose offices have recently been raided by Indonesian police.

Police have reportedly apologised for using the snake but said it was not venomous.

The Jayawijaya police chief Tonny Ananda Swadaya said the officers had been disciplined by being given ethics training and moved to other locations.