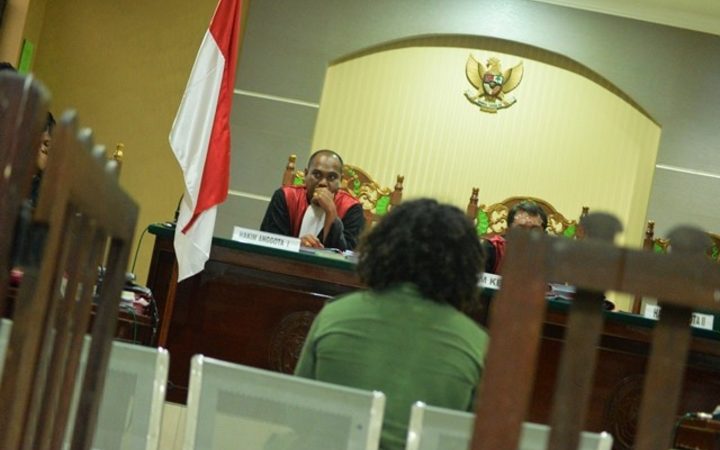 Yanto Awerkion, Sem Asso and Edo Dogopia were among six members of the West Papua National Committee arrested in December, when police and military took over the group's secretariat in Timika.

The three men were detained on 5 January and later charged with treason, which carries a maximum sentence of life imprisonment in Indonesia.

Amnesty International said Papua police must unconditionally release the activists because they have only expressed their political views.

"They were charged and detained solely for exercising their rights to freedom of peaceful assembly and expression," Amnesty International said in a statement.

"The police charged them under the repressive provision for planning to organize a prayer event."