There is a claim that Nauru is being developed as a conduit for international money transfers for Ukraine's separatist republic of Donetsk. 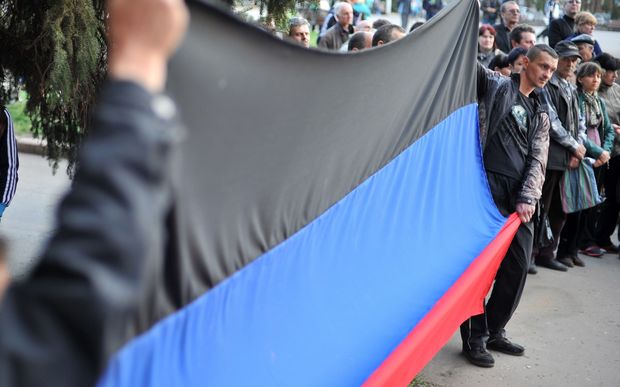 Separatists hold up the flag of the Donetsk republic Photo: AFP

A business broadsheet in Kiev, Delovaya Stolitsa, said by setting up an international money exchange in Donetsk, Russia plans to embed a system that allows for reliable foreign exchange dealings for the area.

The weekly newspaper said banks in Nauru can help because of the country's diplomatic ties.

It said banks in South Ossetia are currently being used for ruble transfers from Russia to the pro-Russian zones of Ukraine by using charitable organisations.

The system is reportedly being used to funnel money for salaries and pensions but also to pay for coal sent to Russia.