Vanuatu's foreign minister will travel to Canberra in the coming weeks to firm up commitments made by the Australian prime ministerial delegation this week in Port Vila. 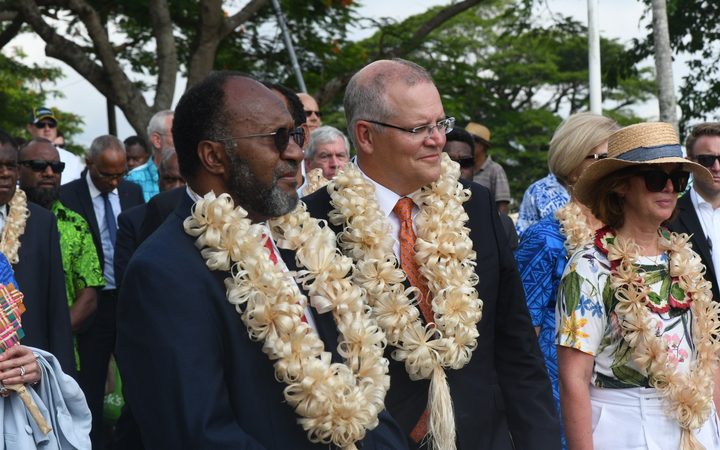 Ralph Regenvanu said the visit was a "great start" to reaffirming the strong friendship between the two nations and provided a more intimate setting where the two sides could be frank in their discussions.

"Assistance to climate proof our infrastructure, assistance for adaptation, assistance for dealing with many of the natural hazards and disasters that we deal with as the result of climate change," he said.

"And so we were happy with those commitments from the Australian side."

Vanuatu would continue to lobby Canberra about changing its domestic policy on climate action after this year's general election in Australia, Mr Regenvanu said.

The foreign minister will meet with Australia's Assistant Minister for International Development and the Pacific Anne Ruston when he travels to Australia.