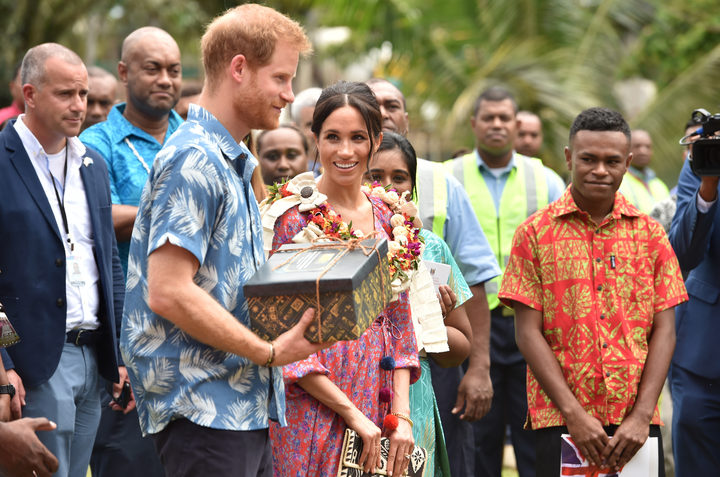 Britain's Prince Harry and his wife Meghan, Duchess of Sussex receive a gift from the University of the South Pacific in Suva. Photo: AFP

She said it was long-held custom for the confederacies to take part in momentous public occasions such as the welcome for the Duke and Duchess of Sussex and she says initially her Burebasaga confederacy was invited to take part.

She said she understood the other two confederacies were also to be included according to tradition.

Ro Teimumu said she was told "a decision from the top" meant the invitation was later withdrawn and the normal mention of the chiefly groupings at the ceremony was replaced by references to the president and the prime minister.

Ro Teimumu said many of her people also felt insulted by what happened and she called on prime minister Frank Bainimarama to explain.

"Mr Bainimarama and his iTaukei Ministry should now tell the people why they felt compelled to act as they did.

"Because what happened undermined the traditional significance of the Confederacies."

"It is unprecedented," she said. 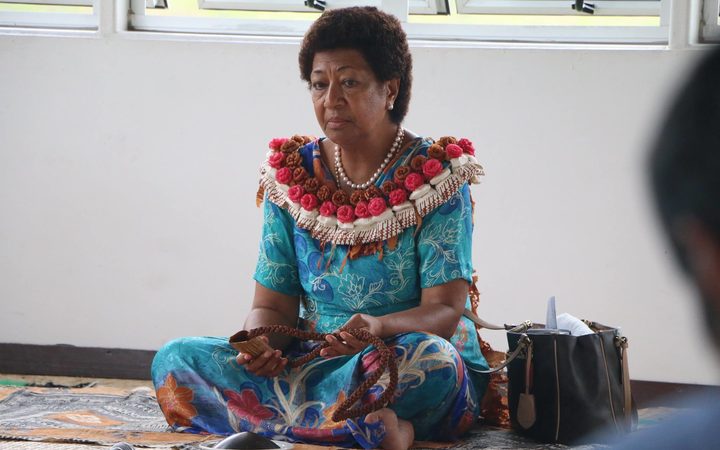 Ro Teimumu said she and Prince Harry are direct descendants of the parties involved in the cession of Fiji to Britain in 1874.

That was a solemn moment in Levuka that changed Fiji's history, she said, stressing the history is of great importance to all the people of Fiji and the traditional leaders.

A leader of the vanua which performed the ceremony last Tuesday had earlier taken responsibility and apologised for omitting mention of the confederacies, according to the Fiji Times.