The Duke and Duchess of Sussex have worn kahoa, or garlands, and traditional Tongan dress as they immersed themselves in Tongan culture today. 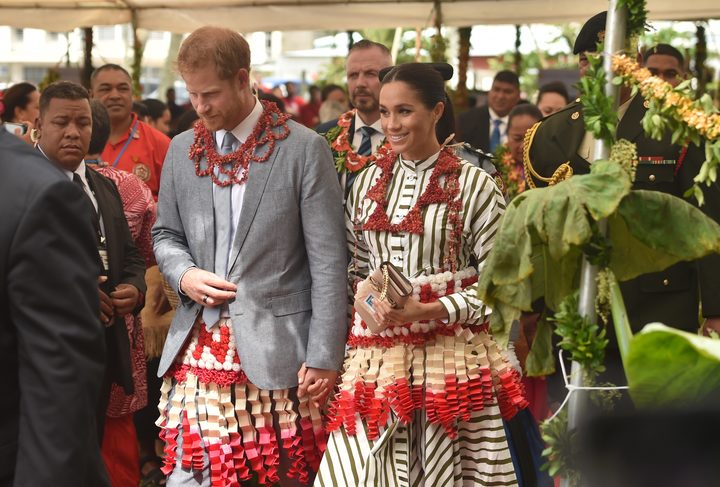 Britain's Prince Harry and his wife Meghan, the Duchess of Sussex visit a craft fair in Nuku'alo in Tonga. Photo: AFP or licensors

After private talks with Prime Minister 'Akilisi Pohiva and his Cabinet, the royal couple were welcomed to an exhibition of Tongan youth projects and handicrafts.

They were also given a ta'ovala, a woven mat wrapped around the waist, which signifies Tongan respect to the higher ranks.

The couple, who arrived in Tonga from Fiji on Thursday, joined Princess Angelika and Prince Ata, King Tupou VI's son and daughter, at the Fa'onelua Centre, which showcased products including traditional mats and "tapa" cloth, carvings, bracelets made from whale bone and wood.

The princess said the royal couple were "an inspiration to the youth of the Commonwealth" for "shining a light on youth empowerment".

The Duke and Duchess also went to Tupou College to dedicate two forest reserves to the Queen's Commonwealth Canopy.

This afternoon they fly to Sydney where they will attend the Invictus Games closing ceremony on Saturday before departing for New Zealand. 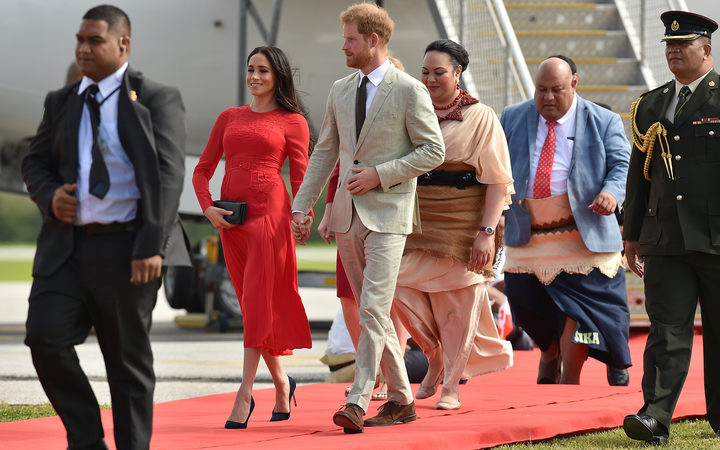 The Duke and Duchess arrive in Tonga Photo: AFP or licensors