The Duke and Duchess of Sussex have unveiled a statue of a Fijian member of the elite British SAS force as they wind up their visit to Fiji. 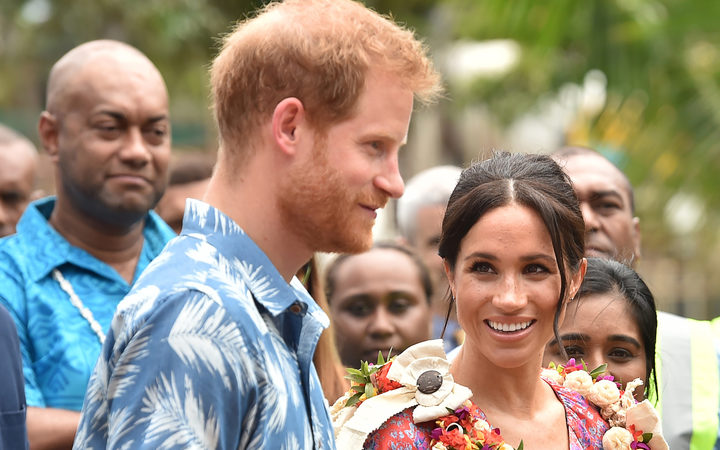 The Duke and Duchess of Sussex in Fiji. Photo: AFP or licensors

The final engagement of their three day trip honours Sergeant Talaiasi Labalaba who died holding off an attack on an army base during the Battle of Mirbat in Oman in 1972.

Fiji's president Jioji Konrote said Sergeant Labalaba was one of Fiji's greatest military heroes and a "humble giant" who died in heroic circumstances.

The royal couple head to Tonga this afternoon.