The Baby Flying Fijians have won the World Rugby Under 20 Trophy in Romania by demolishing Baby Manu Samoa 58-8. 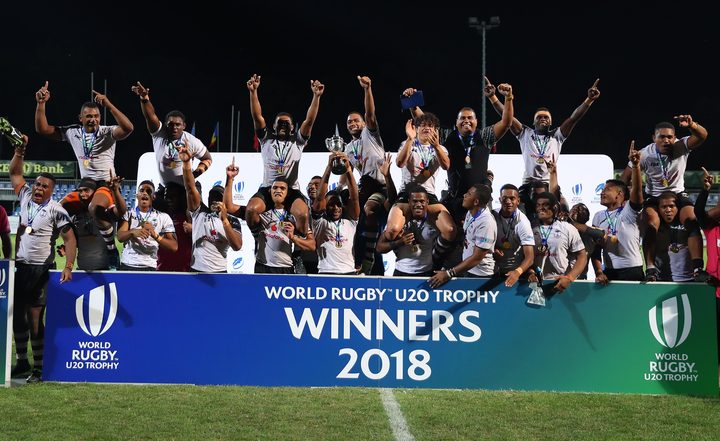 Both teams emerged undefeated from pool play but it was the Fijians who dominated the Bucharest final, winning nine tries to one.

Inside centre Vilimoni Botitu opened the scoring with a try in the fourth minute that helped Fiji to a 22-3 half time lead.

Botitu, who is part of the Fijian Drua, scored a brace by opening the scoring in the second half to which he later added two conversions.

Fiji coach Koli Sewabu could not be reached for comment but Drua coach Senirusi Seruvakula described Botitu's form at the tournament as "impressive".

Victory in Bucharest propels Fiji back into World Rugby's first tier Under 20 Championship, from which the Baby Flyers were relegated in 2014.

Seruvakula, who also coaches the Fiji Under 23 team the Warriors, said the Under 20's promotion was encouraging for the development of Fijian rugby.

"We need a clear pathway for these young players and looking to the Under 20s I think a lot of them will be in the Warriors for the PRC (Pacific Rugby championship) next year," he said. 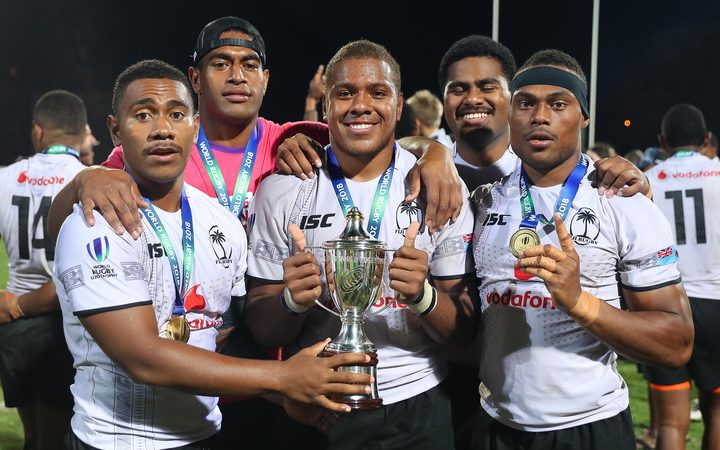 The Baby Flying Fijians celebrate with the U20 trophy. Photo: FRR / World Rugby

After wins over Hong Kong and Romania and a tough come from behind victory over Namibia to top Pool A, Samoa coach Rudy Leavasa said the tournament's intensity had taken a toll on his players.

"Fiji, they were pretty fired up and they were the better team this afternoon," Leavasa said.

"The boys didn't play well today. Some of them are still carrying injuries and our plan didn't go well.

"The boys were getting tired. Four games here and our boys didn't switch on."

Fiji also had to play four games in nine days and had convincing wins over Uruguay, Portugal and Canada.