The Papua New Guinea Hunters have missed the Intrust Super Cup rugby league playoffs after a 38-22 defeat away to the Central Queensland Capras. 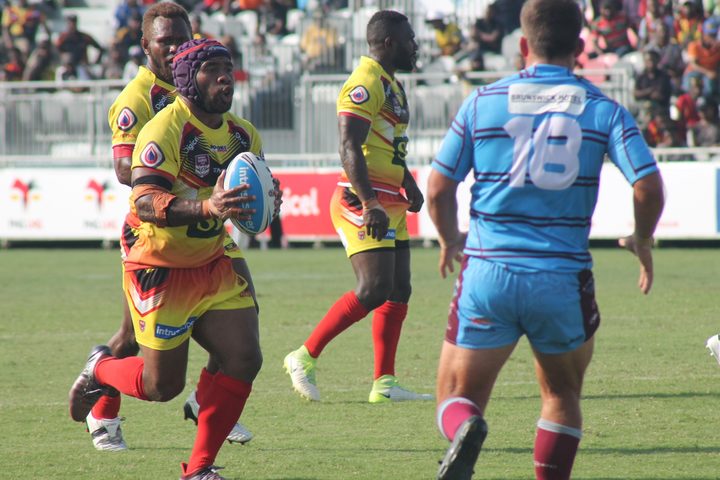 PNG beat the Capras in Port Moresby but could not repeat the feat when it mattered most. Photo: RNZ Pacific/Melvin Levongo

The Hunters went into their final round robin clash on a six match winning streak, knowing that another victory would seal their place in the post-season.

But the defending champions made a disastrous start, conceding five first-half tries to trail 28-10 at the interval, a deficit which proved too much to chase down.

"There was no excuses for us to lose that game - even though the Capras had nothing to lose we went there prepared to get the points but end of the day they were the better side," he said.

"We just didn't play well in that first half, gave away 28 points, and in the second half we sort of chased the lead but just not good enough, especially when you're looking to play finals football a week later."

The Hunters were left relying on other results, with Ipswich Jets beating Norths Devils 22-14 on Sunday to leapfrog the PNG side into the sixth and final playoff position thanks to a superior points differential.

Michael Marum did not watch the game but kept an eye on the live updates online.

"That's just something we can't control. We don't want to talk too much about it," he said.

"We had our chances last weekend to finish fourth, host a semi up here and also be in the finals but those six teams are in the top six now and we wish them all the best in their finals football hope the best team wins."

All Hunters players are now off-contract while Michael Marum said he remains in discussions over a new deal for 2019.