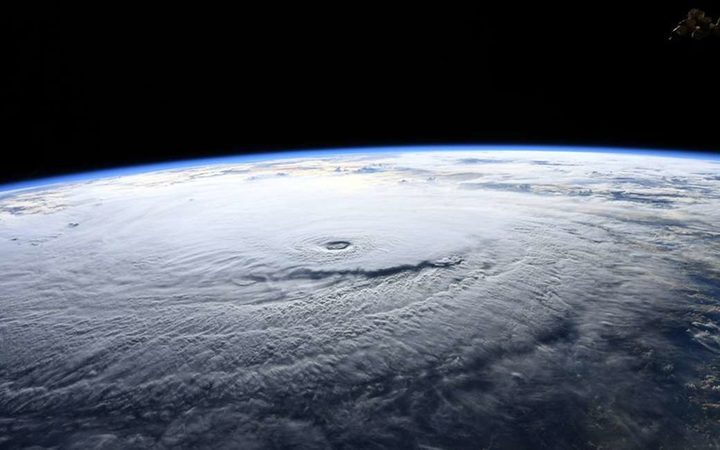 The hurricane is at the top end of the category four band with sustained winds of up to 250km/h.

It was briefly the highest category five yesterday before losing power.

Its centre is expected to pass dangerously close to Hawaii's Big Island tomorrow, which is Thursday local time. 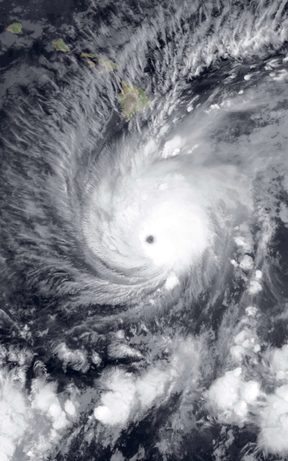 "We have suggested for quite some time that everybody be prepared with a 14-day supply of non-perishable food, water, and also make sure they have their medications and supplies for their pets on hand," he said.

People should remain in their homes if possible, as shelter space was limited, Mr Rapoza said.

"There is actually not enough shelter space for everybody. If everybody decided to evacuate, we would have a problem. But, as it is, most people are actually more comfortable remaining in their homes. Their homes are adequate to stand up to the storms.

"So that being the case, it would be better for a lot of people to remain in their homes."

Forecaster Kevin Kodama said it could have a devastating impact if it hits Hawaii directly.

"With any tropical cyclone, we look at the triple threat - so that's very strong winds, very intense rainfall and flooding, and the high surf and storm surge," he said.

"For the Hawaiian islands, because of the way our terrain is under water, it's mostly the high surf component that will be very significant."