Hurricane Lane is now a category four storm that is on track to head north and pass closeby the Hawaiian islands midweek. State officials are urging residents and visitors to heed warnings.

The Central Pacific Hurricane Centre said the storm was located 724 km south southeast of Kailua Kona on the Big Island with winds of up to 241 km/h and moving in a westerly direction.

A hurricane watch has been issued for Hawaii and Maui counties and locals are being warned to prepare for flash floods, dangerous surf, rip currents and landslides.

The storm comes a fortnight after Hurricane Hector that weakened and passed to the south of Hawaii.

Experts said it was rare for Hawaii to be hit directly by a hurricane as only three had struck since records began - Iniki in 1992, Iwa in 1982 and Dot in 1959. 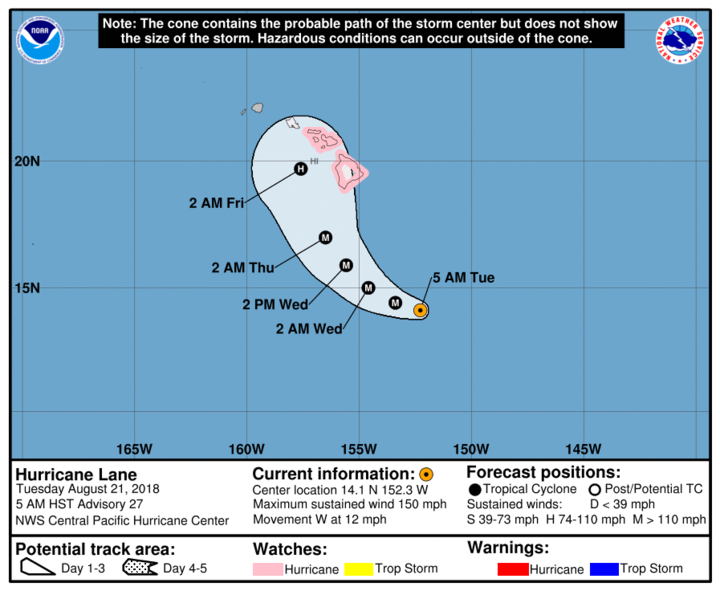