All schools and university campuses on Hawaii's Big Island have been closed until further notice as the category four Hurricane Lane continues to track closer to the US islands.

The hurricane, which briefly reached the highest category of five overnight, still has the potential to be highly destructive as a category four with sustained winds of up to 249 km/h.

Its centre is expected to pass just south of Hawaii's Big Island tomorrow, which is Thursday local time. 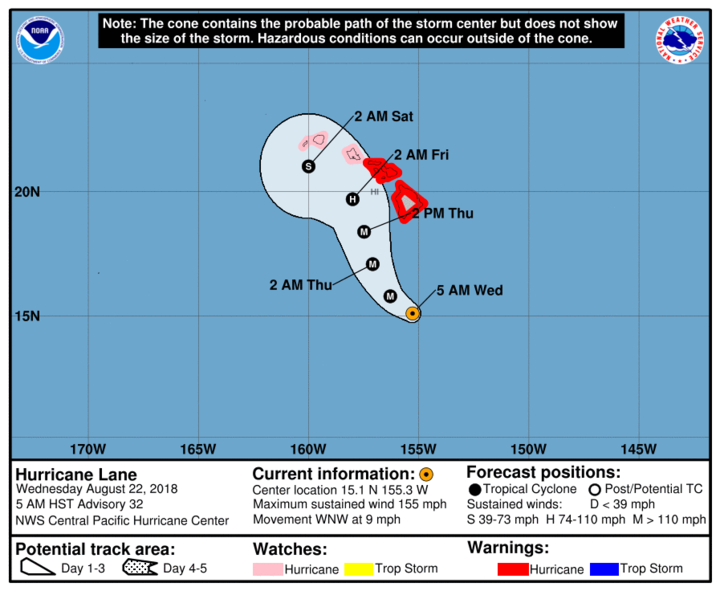 As well as school closures the County of Hawaii has closed all beaches from South Point North to Kohala and cancelled all camping permits for these parks.

A Hurricane Warning is in effect for most of the Big Island and a hurricane and flood watch is in place on the rest of the Hawaiian islands.

In its most recent warning, the National Weather Service said Hurricane Lane was located about 820 kms south-southeast of Honolulu or about 580 kms

The system is travelling west northwest at about 15km/hr.

After hitting the Big Island, the storm is expected to churn north over the islands of Maui, Lanai and Moloka'i.