Hurricane Lane could become even stronger and any of Hawaii's islands could bear the brunt of the storm, Hawaii's National Weather Service says. 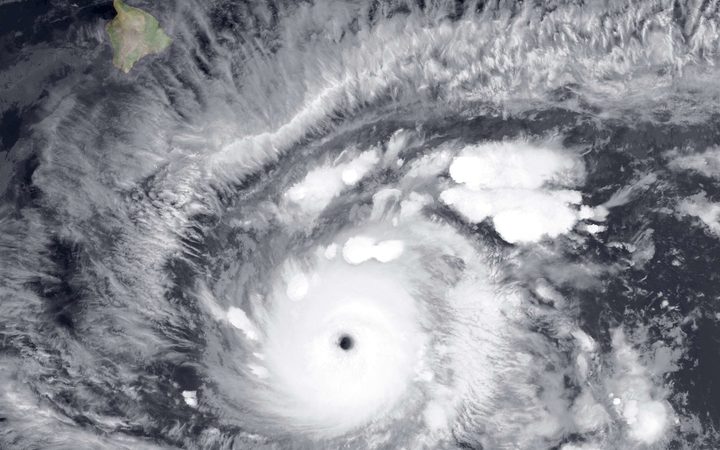 The hurricane is currently a category four storm and on track to pass close by the US state later this week.

State officials are urging residents and visitors to heed warnings.

Meteorologist John Bravender said the hurricane could pose a hazard to any part of Hawaii.

"Hurricane Lane is a very strong category four hurricane. Winds are 155 miles an hour and actually the pressure has been dropping as well this morning - indicating the potential for it to become even stronger," Mr Bravender said.

It was unusual for the US state to be in the path of a hurricane because it was a very small target in the middle of a very large ocean, the meteorologist added.

"We have a fair number of hurricanes that can move through the area during any hurricane season but it's quite rare for a hurricane to track this far north and impact us.

"From the way it looks, Lane will be impacting us later in the week."