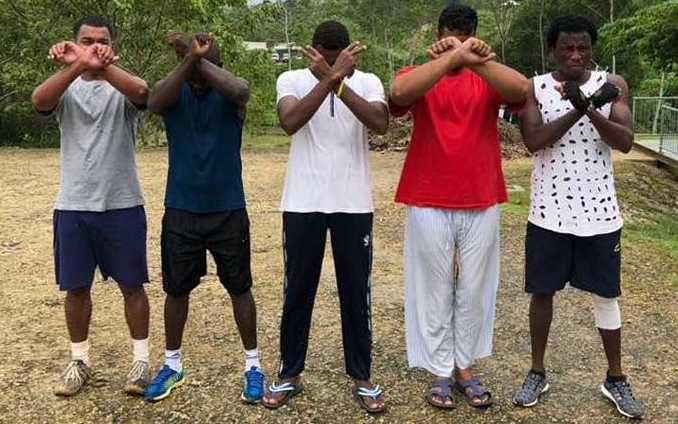 The single men included Afghans, Pakistanis and one Rohingyan.

They bring the total number of refugees from Manus resettled in the US to 108, while 184 have been taken from Nauru.

More than 1600 asylum seekers and refugees, including about 140 children remain on Manus and Nauru.

Fifteen refugees, some brought from Manus to Port Moresby in January 2018, are still waiting to be resettled.

The US agreed to take up to 1250 refugees from Australian offshore detention in 2016.

Refugee advocate Ian Rintoul said "the delays, the fits and starts and the imposition of the travel ban on refugees from Iran and Somalia have robbed people of any hope of resettlement or freedom".

US President Donald Trump has placed a ban on migrants from some muslim countries including Iran, Somalia.

Firgures from the Refugee Council of Australia show about 1000 refugees from those countries are on Manus and Nauru.

Five years of indefinite detention has created an epidemic of despair and mental illness on both Nauru and Manus Island, Mr Rintoul said.

A 2016 report from the UN refugee agency (UNHCR) showed refugees on Manus and Nauru were suffering the highest rates of mental illness of any refugee populations in the world.