Another group of refugees has left Papua New Guinea for resettlement in the the United States.

It is the fourth group of refugees who had been sent to PNG's Manus Island for offshore processing since 2013 to go to the US under a resetlement deal.

Eighteen refugees found eligible for resettlement in the US flew out from PNG's capital Port Moresby yesterday.

PNG's Immigration and Border Security Minister said their departure brought the total number of refugees from Manus sent to the US to 102.

Petrus Thomas said the Immigration and Citizenship Authority would continue to assist US officials with their vetting process, hoping more can make the cut. 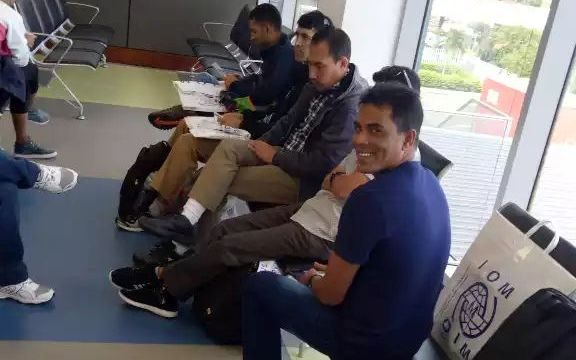 The Minister urged those men still on Manus who had been deemed to be non-refugees to "take the assistance package available and depart voluntarily to their country of origin".

He has warned that non-refugees have no right to remain in PNG and if they continued to stay they would be detained then removed.

"PNG is welcoming to those in genuine need of protection however non-refugees having been found not to be owed protection need to return home and move on with their lives," Mr Thomas said.

More than 700 of the men sent to Manus by Australia since 2013 for offshore processing remain on the island.