All government and some church and private schools in Samoa remain closed following Cyclone Gita. 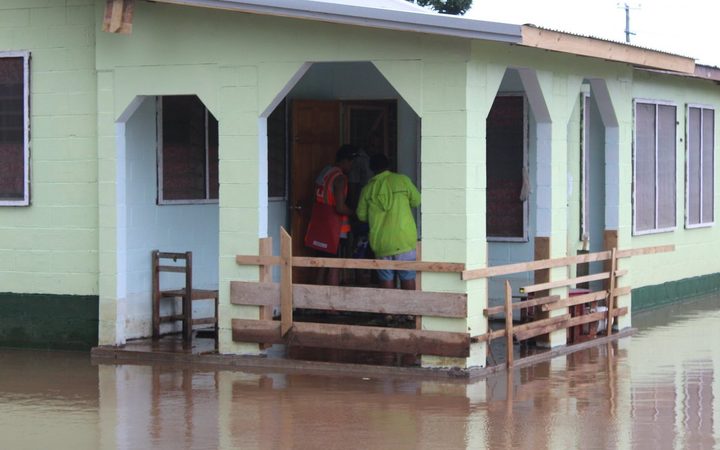 Red Cross workers go door to door in Samoa to check on residents in the wake of Cyclone Gita Photo: Twitter / Red Cross

In a report released last night by the Disaster Management Office and the Disaster Advisory Committee, following Cyclone Gita, people's safety was a priority in Samoa.

The Samoan government decided on Monday night to extend the Declaration of Disaster imposed during Gita for another 48 hours.

"Overall, the restoration of affected lifeline services and clearance of debris are progressing well," the report said.

It said there was access throughout the country and maintenance of roads, drainages and road reserves were well underway.

According to the report businesses had re-opened and resumed their operations as usual.

The ADRA evacuation center was now closed after families returned to their homes.

All air, sea and land transportation had resumed, but there were some road areas where there were heavy slips, that were now being dealt with.

The report also said that initial damage assessment findings rshowed that most of the affected families were on Upolu Island.

Water supply in urban area of Upolu was restored however, some areas are experiencing low water pressure.

The rural areas of Upolu were still experiencing water issues due to power outages.

Remedial work is underway in these damaged areas.

Good news for Savai'i on the water supply front

Letui supply area due to damages to borehole pump and tank.

The Authority plans to restore water to these areas by next Wednesday.