Tongans anticipating the arrival of Cyclone Gita tonight are stocking up on food, fresh water and fuel.

The government declared a state of emergency this morning, as the storm, heading south from Samoa, strengthens from category-four to category-five.

Gita is expected to be upgraded to a category five by 7pm, packing winds of over 200 kilometres an hour.

It is expected to make landfall on the main island of Tongatapu at midnight tonight.

The move comes after the government declared a state of emergency.

Under the curfew no one would be able to enter the CBD unless they are part of the Gita Emergency Response Team.

"The curfew furthers protect people and property and police have asked for public understanding and common sense," Mr Caldwell said.

Police have also issued key safety messages to the public:

· Keep yourself and your family safe

· Keep off the road

· Stay at home if it's safe

· Keep away from the Coastline

· Make sure you have water, food, candles, torches

· Medical kit if you have them

· Keep indoors away from flying debris.

The director general of the Tonga Red Cross Sione Taumoefolau said emergency supplies were in place in anticipation of the destruction to come.

He said people in Tonga were stocking up on supplies and making the necessary preparations.

He said the local power and phone companies were also preparing with mobile towers being taken down and electricity to be switched off before the cyclone hits.

"We've already placed a lot of relief supplies around Eua and also parts of Tongatapu island and we already informed all of our volunteers ... so they are standing by."

He said the Red Cross' communications system including sat phone and repeater were charged.

The general manager of Tonga's Scenic Hotel, Katie Solcock, said people in the capital, Nuku'alofa, were getting prepared.

"In town everyone's frantically getting supplies, obviously the island being closed on a Sunday, out of respect for the Church, none of that preparation was able to be made yesterday, so it is a little bit last minute for local people but I imagine in the next few hours, everyone will be locking down." 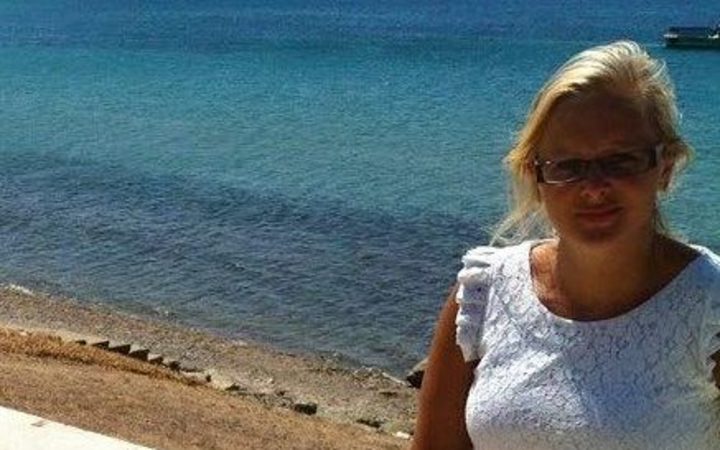 Katie Solcock said the hotel was preparing for power to be cut and a diesel generator was on site.

She said meeting rooms in central parts of the hotel were being set up with supplies for staff and their families and the 130 guests in case rooms had to evacuated.

The aid organisation CARE Australia said across Tongatapu people were preparing for the storm.

The aid agency's emergency response manager Stefan Knollmayer speaking from Australia said he had been in close contact with CARE's Tonga partner agency Live and Learn.

"People are starting to protect their rooves, putting protection on the top with leaves and branches. People are putting shutters on their windows. We ourselves in our office, we move a lot of our equipment into the middle to protect that and also a lot of our work over the past few years has been renovating and working in community halls in some of the outlying villages in Tongatapu and Eua, making them cyclone proof," Mr Knollmayer said. 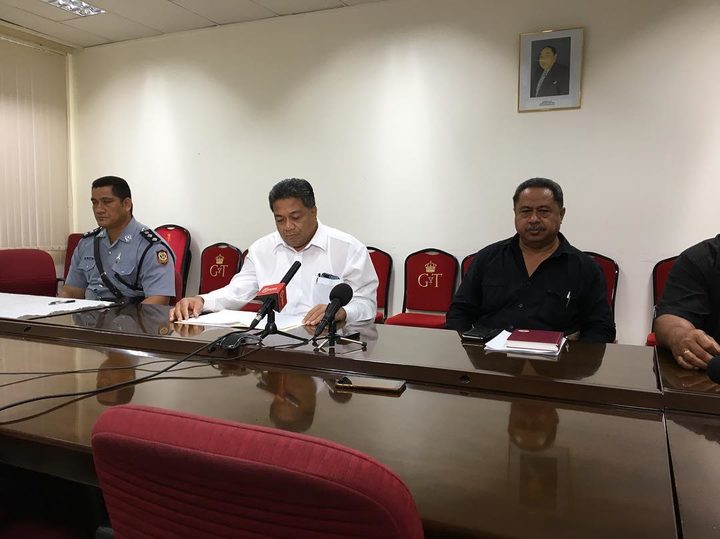 Live press conference in Nuku’alofa. Emergency committee recommends Deputy PM of Tonga to declares Tonga in State of emergency. Hon Poasi Tei encouraging families to prepare for Cyclone Gita as this is the strongest to hit Tonga Photo: John Pulu

The director of emergency management Leveni Aho said there were warnings of huge coastal swells and flooding in low-lying areas.

"We are in the process of informing everyone to prepare for the worse but that's what we are advising people ... stay tuned tro their radios."

Tonga's military is helping to clear properties of rubbish and items which could cause injury or damage.

New Zealand broadcaster John Pulu who is in Tonga said people know how to prepare for such events and are going about their business without panic.

Mr Pulu said the authorities had been providing regular updates via local radio and the armed forces were being utilised.

"The military is helping the ministry of health to come and collect the big rubbish, just in case the cyclone hits Tonga and then the debris will fly around and cause some injury because when there is a cyclone like that it is the debris and some of the bits and pieces from home that go flying and end up hurting people."

Mr Pulu said one flight into Tonga from Sydney had been cancelled.

He said the prime minister Akilisi Pohiva who has been in Auckland arrived back in the country this afternoon.