The One Planet Summit in Paris has delivered a handful of significant commitments for climate change mitigation. 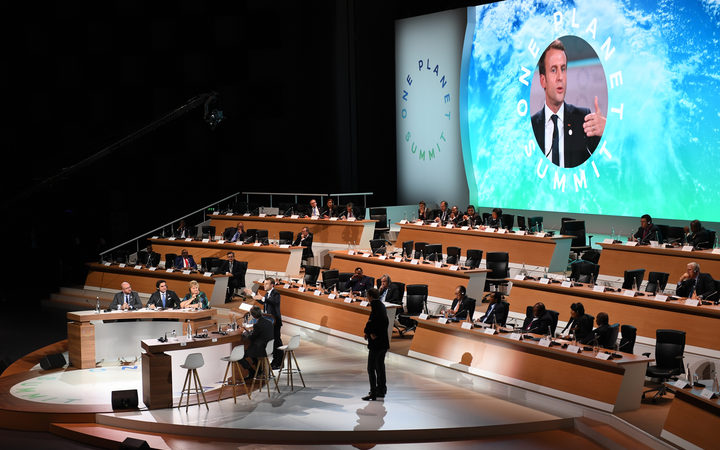 The one day talks are aimed at leading business towards renewables and away from a carbon economy.

With more than a touch of showbiz panache, and among the shaking of hands and platitudes, the commitments started coming through.

The World Bank announced it would stop funding oil and gas exploration and extraction by 2019.

This drew a perfect smile from Sir Richard Branson, but there was more to come.

The French insurance giant Axa says it will no longer invest in companies involved in building coal plants and it'll withdraw about 2.5 billion euros from the sector. 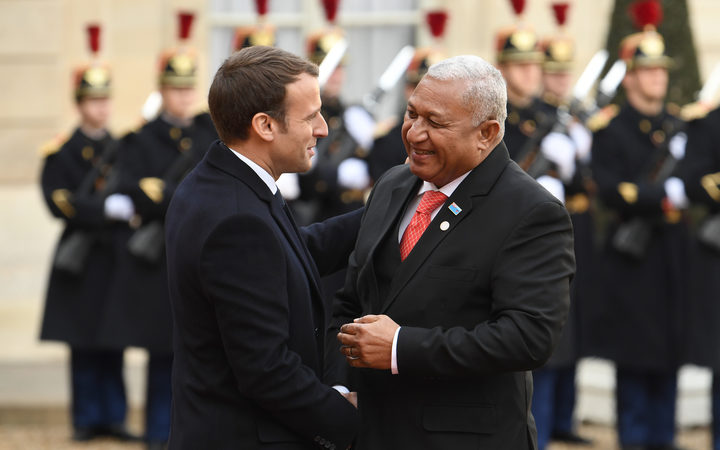 French President Emmanuel Macron (L) greets Prime Minister of Fiji Frank Bainimarama as he arrives at the the One Planet Summit. Photo: AFP or licensors

Big institutional investors including HSBC have agreed to apply pressure on the 100 most polluting companies and persuade them to curb their emissions.

And the European Commission unveiled 9 billion euros worth of investments for sustainable cities, energy and agriculture for Africa and EU countries.

The mood of optimism was difficult to ignore.