Tonga's rugby league team is to be presented with royal honours on their return to the country this week. 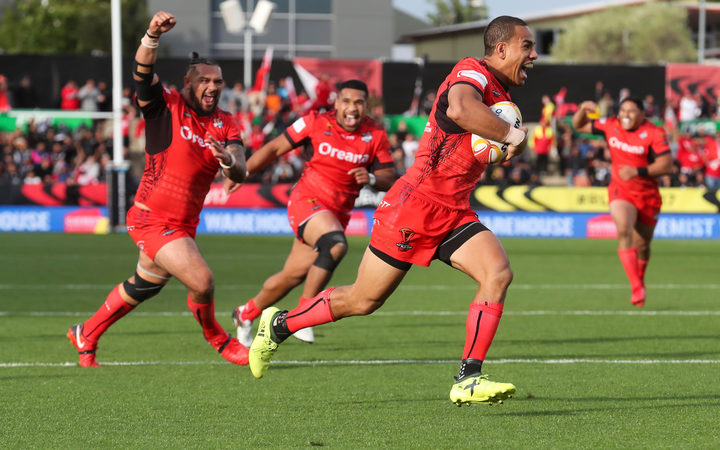 The 2017 Rugby League World Cup was full of joyous moments for the Tongans Photo: Photosport

Tonga lost a thrilling World Cup semi-final to England on Saturday but made history during the tournament by being the first tier two team to beat a tier one side when they defeated New Zealand.

The team has also attracted the largest crowds at the tournament, with over 30,000 witnessing their match in Auckland at the weekend.

After the weekend's loss, which King Tupou VI watched in person, it was announced that His Majesty wanted to recognise their contribution to sports.

The King will invest the players with an award of the Royal Orders in a ceremony on Wednesday at the Royal Palace.

For coach Kristian Woolf and his team, it's the icing on the cake, for what's been a memorable few weeks.

"So, it's going to be a terrific finish to what has been a terrific campaign," he said.