Hundreds of Tongan rugby league fans gathered in central Auckland yesterday where they sang hymns in protest following a heartbreaking and controversial loss to England in the World Cup semi-final on Saturday. 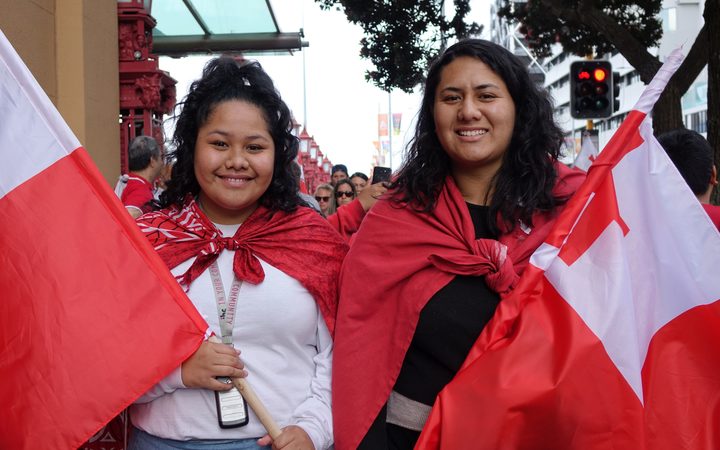 England beat Tonga 20-18 in a thrilling match at Mount Smart Stadium on Saturday night, after the referee disallowed a late try to Tongan player Andrew Fifita.

Supporters carried the pride of their nation high as they marched up Queen Street and made their way to the Aotea Centre last night.

They sang hymns, waved red flags and cheered for their team, who they say were robbed of a World Cup final. 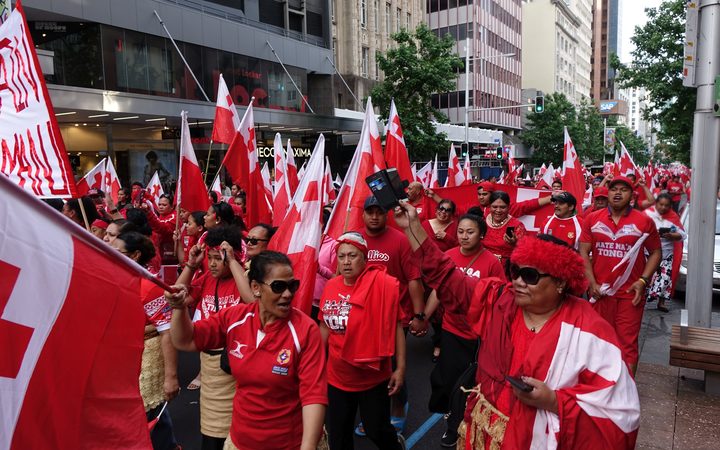 Rachel Fotu - who travelled from Christchurch for the Auckland match along with her father and sister - struggled to hold back the tears.

"After the game, it was saddening for us...it was a heartbreak for all of us especially because we didn't get that win that we deserve," she said.

"It's important for all of us Tongans."

An online petition calling for a review of the decision to disallow the last minute try has gathered over 50,000 signatures. 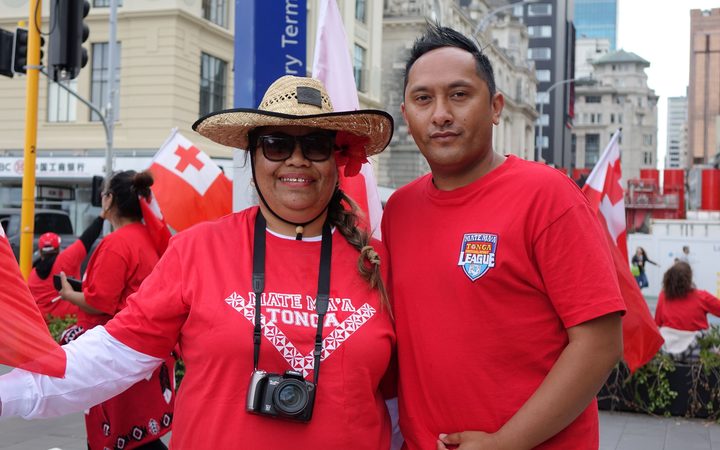 Tongan fans Joel Cook and his aunty at the gathering in Auckland. Photo: RNZ / Jessie Chiang

Joel Cook, who was also at the protest, said the decision was not fair.

He said without the outpouring of support from Tongan fans, nobody would have known the World Cup was on.

"I think it would have been boring without the Tongan community," he said.

On the sidelines of the protest was English supporter Carlos Charlton.

Mr Charlton, who travelled from Yorkshire for the tournament, said the passion that Tongan fans had brought to the World Cup was unmatchable.

"I think it's absolutely fantastic to be fair. I've never seen anything like it in my life. It's great for rugby league," he said.

Torisse Laulu - one of the organisers of the protest - said supporters had been represented in a negative light after several arrests.

"It's crazy how when we do something good, that they often just sweep it under the rug, but when we're behaving badly, they really emphasise that we are Tongans, that we are Pacific Islanders, that we are brown," she said.

Ms Laulu hoped everyone realised the bad behaviour of a few did not capture the heart and passion of an entire region. 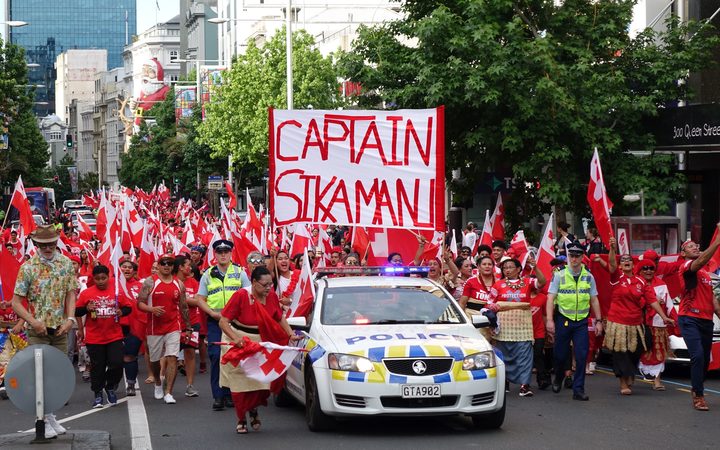 Ms Laulu - a Samoan - said the Tongan team has united all Pacific Islands and brought them to a world stage.

"There's like a Polynesian movement where instead of people fighting - like Tongan versus Samoa - people are coming together and [supporting] each other," she said.

The protest was only organised after Saturday night's game, and Ms Laulu said she was overwhelmed by the response of hundreds of supporters.

While the Rugby League World Cup referees head has defended the decision not to award the try, Ms Laulu said Tongan fans believed with all of their hearts that they won.