The Pacific Fusion Fashion show (PFFS) is the first event of its kind to be held in Otara's town centre.

Eleven emerging Pacific and Maori fashion designers from New Zealand, Samoa, Australia and the US will be competing in the show.

1960s factory wear and American baseball uniforms are among their influences in the high fashion showcase that departs from tradition. 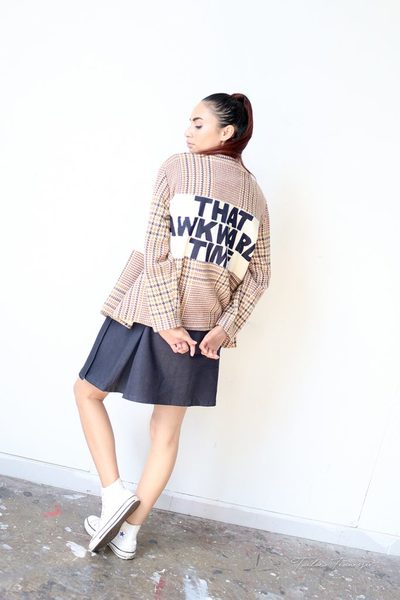 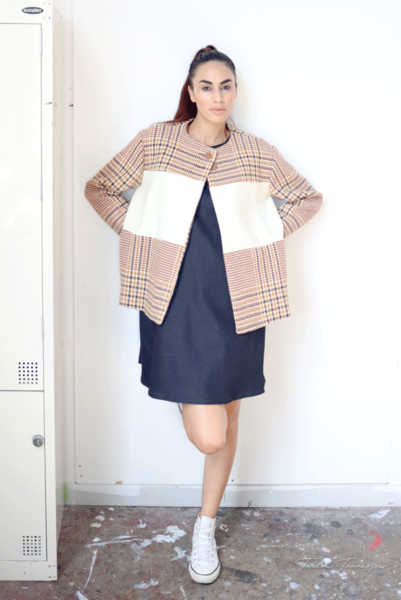 Sheena Taivairanga is in her final semester of Whitecliffe College of Arts and Design in Auckland.

The Cook Islands' fashion student said her minimalist designs were influenced by the clothes factory workers wore in the 1960s in New Zealand.

Ms Taivairanga called her line 'Milk and Honey' and said it was inspired by a photograph of her mother in her work uniform from 1968.

She said at the time Pacific migrants expected a land of promise, only to find New Zealand was not what they had envisioned.

"I drew reference from the actual factory garments that they wore like overalls, cotton drills, denim, the t-shirts," said Ms Taivairanga.

"Also, the silhouette, like the common A-line that they had in the time, those were the technical references I pulled from that time and referenced it into my Milk and Honey collection."

Ms Taivairanga was a volunteer at the inaugural PFFS last year.

This year she decided to compete for the emerging and established designer awards on offer at the show. 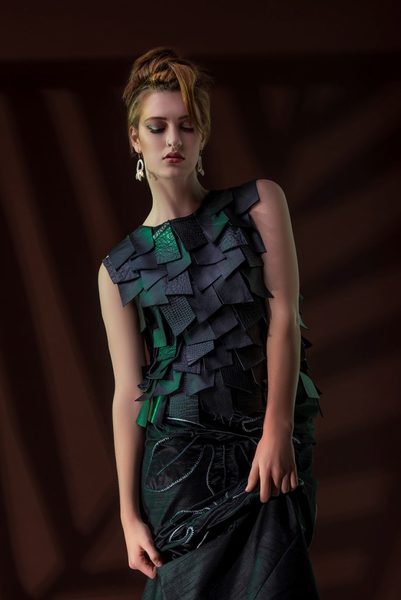 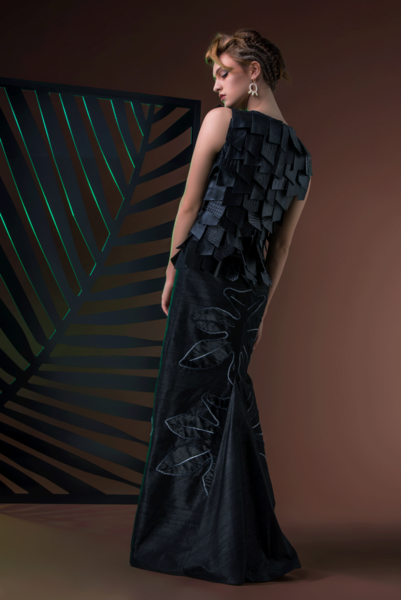 Ms Tuitama's fashion line caters for women with curves, with the name of her label an acronym for Voluptuous Assets Boutique.

She said the focus for her fashion collection stemmed from past shopping experiences with family members.

"My sister and I tend to always be the smallest members in my family and we spend a lot of time with our family, extended families."

"Every time we went shopping with my cousins, my sister and I would always have to split up with my cousins in the mall. They would shop in one store and us in another."

"My sister and I would come out of the mall with our purchases. My cousins would come out with either nothing or having to layby something they couldn't afford at the time," she said.

Ms Tuitama said her fashion collection did not feature Pacific patterns or materials at all.

"However, I am inspired by all the other designers who are designing Pacific island wear because that's something that the world needs," she said. 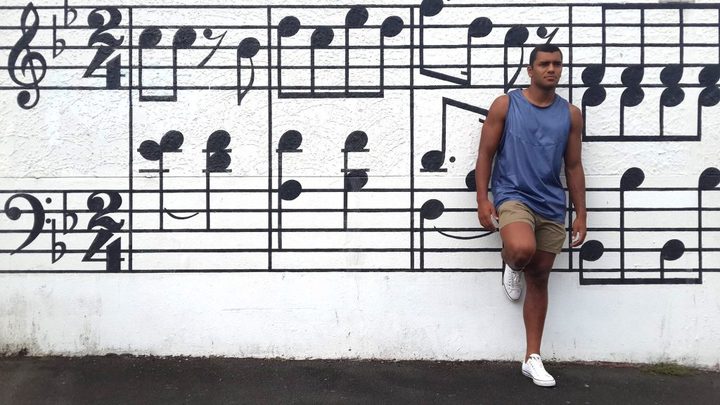 The name derives from his mother's middle name, who played a huge part in Mr Taumoepeau's motivation for fashion.

Numia's clothing line that will feature at PFFS is heavily influenced by American culture.

"I went for the New York Yankees sort of feel to the clothes especially with all the colours."

"I've got all the colours that the Yankees wear, the pin stripe, the dirty grey, the navy blue and there's about twelve pieces in total," he said. 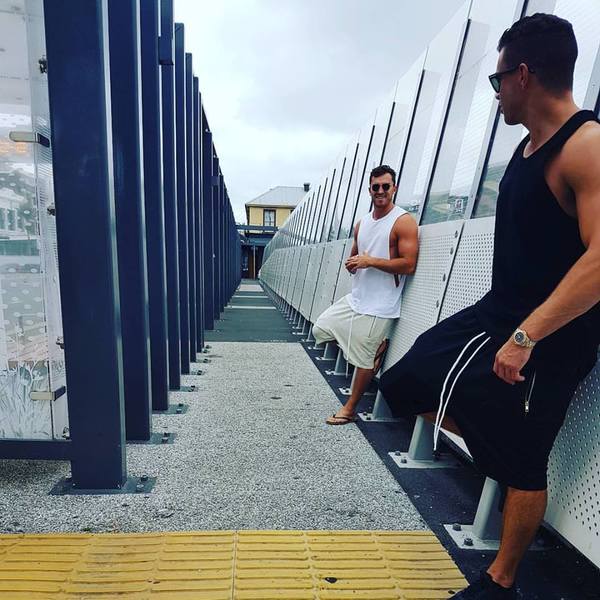 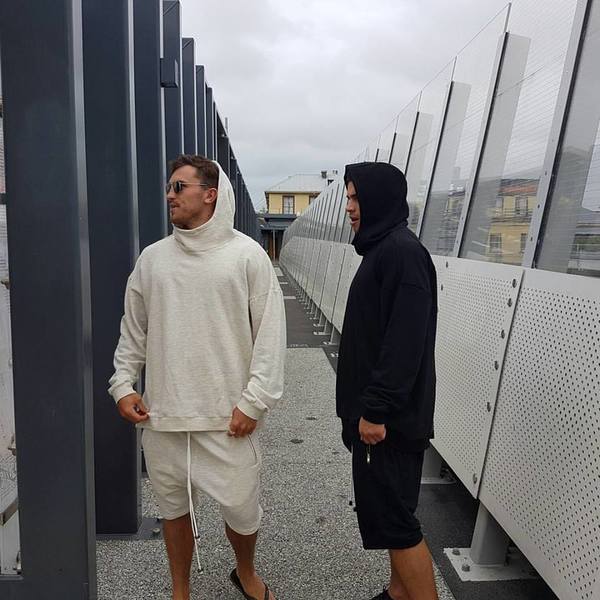 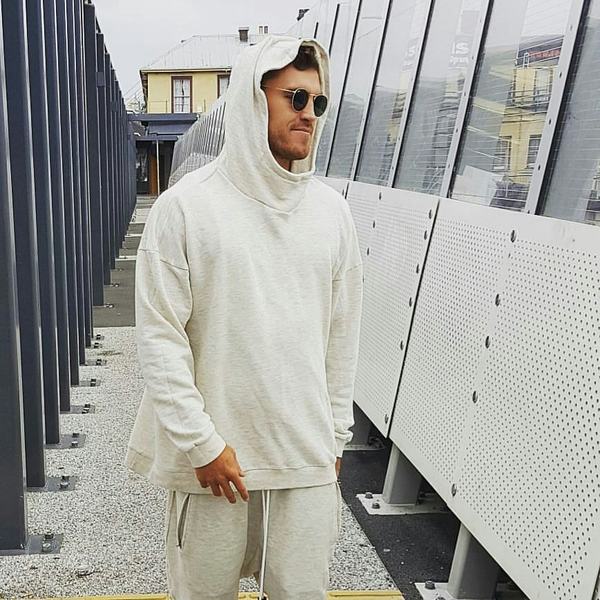 Mr Taumoepeau admits that it was tricky preparing for PFFS due to his full-time role as a commercial lawyer at Simpson Grierson.

Despite the demands for the show, he said his love for designing and support from friends helped immensely.

"It's does get hectic and busy, but I actually find designing very therapeutic, especially after a long day at work," he said.

"I've had to call fabric stores to open late seeing I work during the day. A lot of running around, but it all comes down to time management."

"Traditional Pacific fashion, that's still us, you know and we're proud of that."

"At the same time, there's a group of exciting new Pacific designers coming through, you know, this designer has and they have inspirations not only connected to our culture, traditions and beliefs, but there's also the western influence," she said.

"This is why we created Pacific Fusion because it has both Pacific and the western influences combined as one." 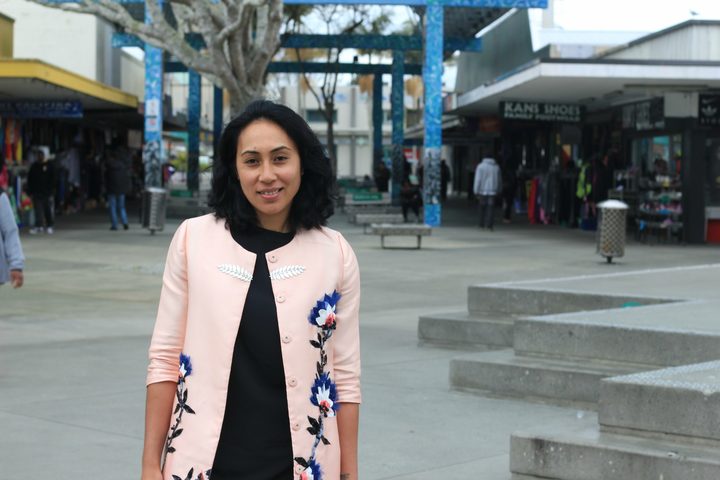 Nora Swann was born and raised in Otara and said she was delighted to have PFFS in her own backyard.

"I've been here for the past six to nine months just working with different suppliers and at the same time talking to the locals about it because they're starting to see these people come on site and getting quotes," she said.

"The locals are interested and they're excited. That excitement is so uplifting and I see this event gives them hope and that gives me a warm fuzzy feeling."