High fashion with a Pacific twist comes to south Auckland

Nineteen sixties factory wear and American baseball uniforms are among the influences at a Pasifika fashion show in Auckland this week.

Pacific fashion designers from around the world are showcasing clothes which depart from tradition.

Sela Jane Hopgood had a preview. 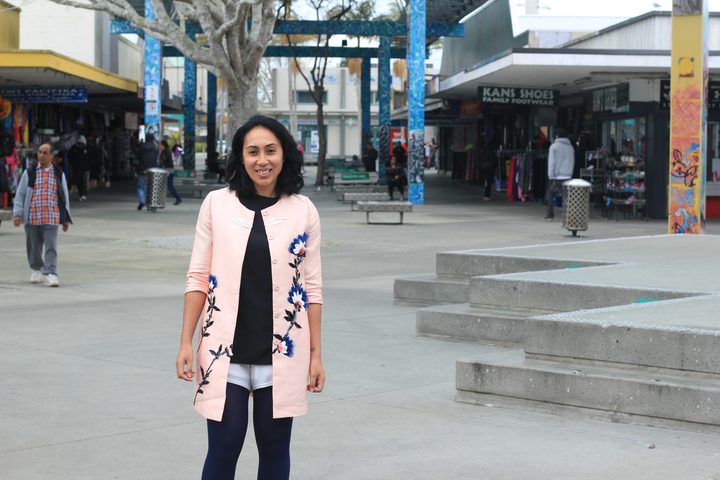 She's called her line 'Milk and Honey' and it was inspired by a photograph of her mother in her work uniform.

At the time Pacific migrants expected a land of promise only to find New Zealand was not what they had envisioned.

"I drew reference from the actual like factory garments that they wore like overalls, cotton drills, denim, the t-shirt and also the silhouette, like the common A-line that they had in the time, so those were all the technical references I pulled from that time and kind of referenced it into my Milk and Honey collection."

Sheena Taivairanga is among 11 designers competing for the emerging and established design awards on offer at the Pacific Fusion Fashion Show.

"For me being a Pacific islander, I was looking at a greater market out there other than Pacific designs. I was looking at more of the contemporary mainstream lane to go down, if that makes sense, but I am inspired by all the other designers who are designing Pacific island wear because that's something that the world needs, I reckon."

Auckland-based Tongan lawyer David Taumoepeau designs under the brand 'Numia' and his clothes are heavily influenced by American culture.

"Hip hop and like American culture is quite influential to the clothes that I like and clothes that I make. I went for the New York Yankees sort of feel to the clothes and just with all the colours as well, I've got all the colours that the Yankees wear, the pin stripe, the dirty grey, the navy blue and there's about twelve pieces in total, I think."

"Traditional Pacific fashion, that's still us, you know, we're proud of that, but at the same time, there's this exciting new Pacific designer that's coming through, you know, this designer has inspirations not only connected to our culture, traditions and beliefs, things like that, but there's also the western influence, so that's why we created Pacific Fusion because it's got both Pacific and the western influences combined as one."

Models at the Pacific Fusion Fashion Show will flaunt the creations at the Otara Town Centre on Saturday.