Niuean leaders are calling for locals and Niueans living abroad to fight for the preservation of the Niuean language. 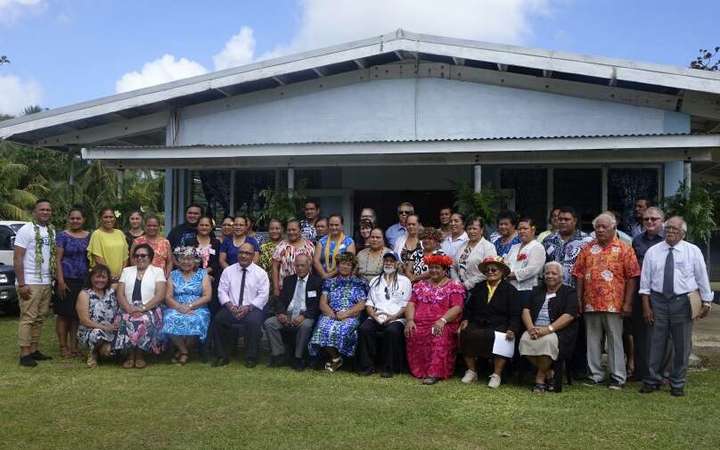 They have gathered at the Vagahau Niue Conference held in the village of Mutalau this week.

The 2 day conference has brought together speakers from corporate, government and NGO sectors from across the South Pacific with the united aim of helping Niueans sustain and use their language to strengthen their culture and maintain ties with Niue nationals living abroad.

Tifaole Ioane, who is the Chairperson of the Niue Language Commission, said that while colonisation has had its benefits, it also led to the suppression of Vagahau Niue. 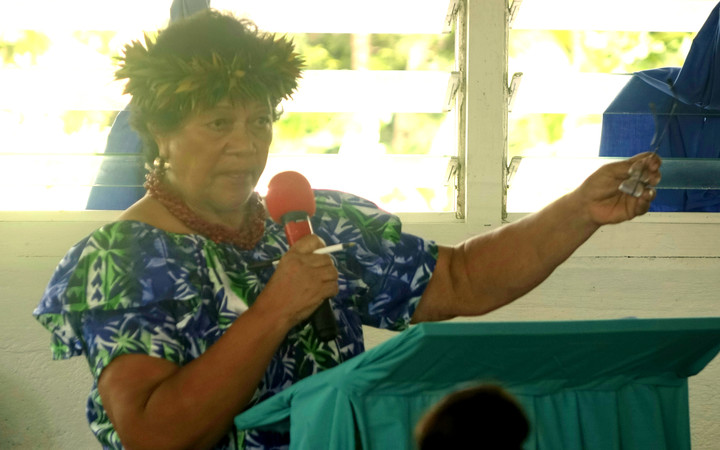 Tifaole Ioane is the chairperson of the Niuean Language commission. Photo: RNZI/Indira Stewart

She went to primary school in Niue in the 1960's and recalled how children were forbidden to speak Vagahau Niue in school.

Back then, she said, locals were taught that their culture and language were inferior to that of the west and the English language. Now, elders are trying to turn that mentality around. 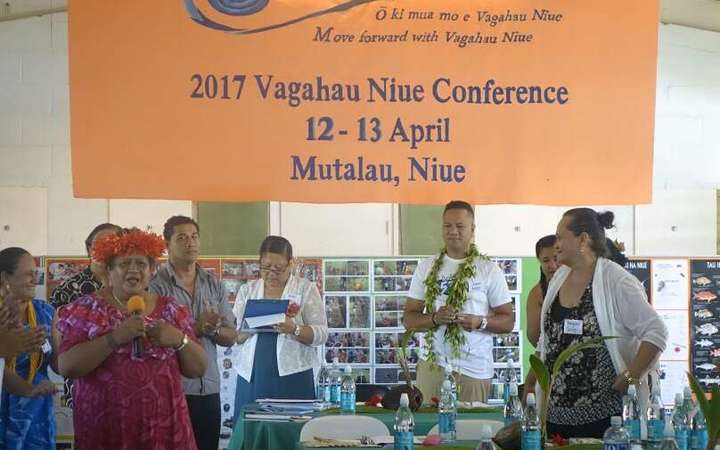 "You know, at this late stage, we're trying to grip onto it and trying to think otherwise. Now we're learning that there is a lot of value in our own culture." 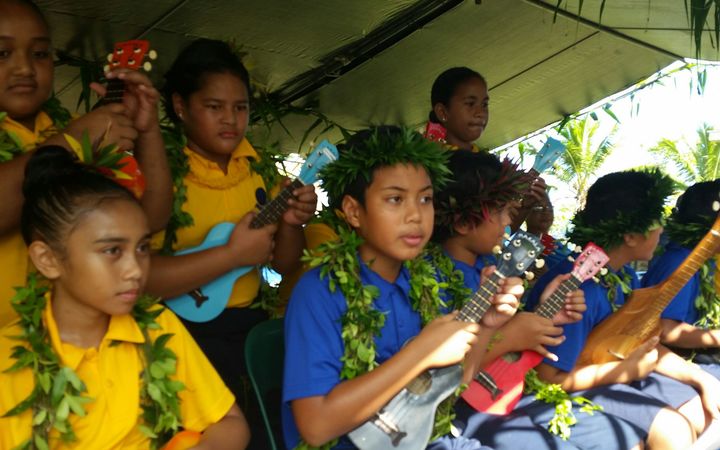 A ukulele band performing at the knighting ceremony of Sir Toke Talagi on Niue March 2017 Photo: RNZI/Sally Round

Guest speaker, Ina Vakaafi, moved back to Niue from New Zealand with her family when she was seven years old.

She arrived in 1990, just two years after all the outer schools were amalgamated into one primary school in Niue's capital, Alofi. 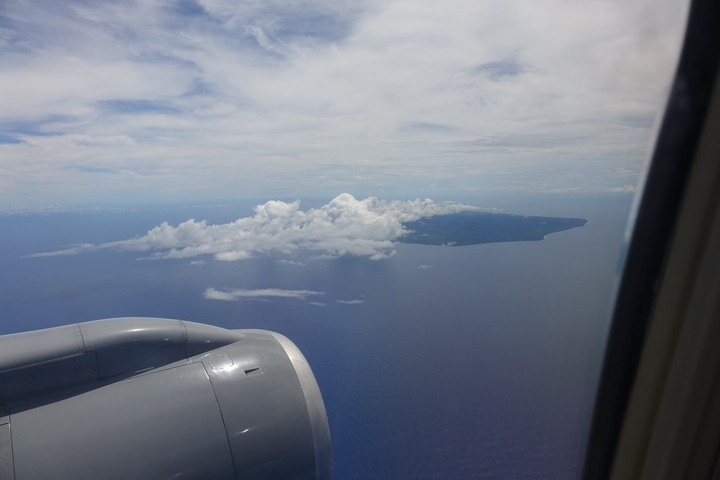 Niue from the air Photo: RNZI/Sally Round

She said she was placed in a mono-lingual classroom with other children of expatriates living in Niue, until she could merge into the bilingual classrooms where Vagahau Niue was used in the curriculum.

"I only knew English, I was in a monolingual class and I noticed that I was the only brown kid in there and I asked the teacher 'Ok, how do I get to that class?' and she said 'You need to learn your Vagahu Niue'" she explained

"I found it so hard just trying to get my lunch off my cousin. She spoke vagahau Niue, I only spoke English. So those are some of the things that motivated me to learn quickly." 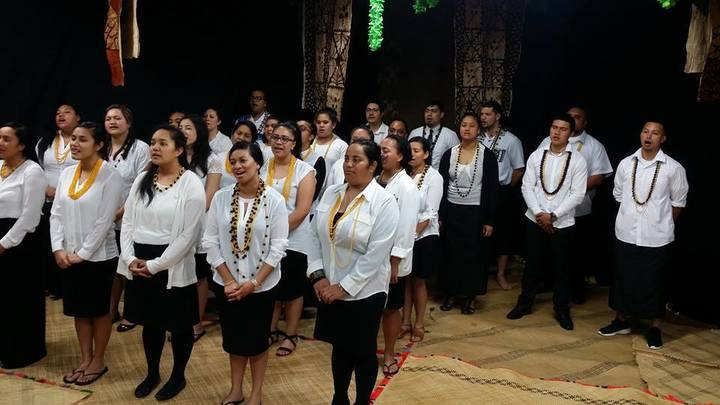 There are more Niueans in New Zealand then in Niue. Photo: Niue Youth Network

Dr Robert Early, who is the Head of the Department of Languages at the University of the South Pacific and also spoke at the conference, said that makes it even more challenging to sustain Vagahau Niue.

He had high praises for the locals who he thought were doing a great job in making sure the language is preserved.

"I think the people here have made some absolutely amazing progress in some of the resources that they've developed, in their education programmes, their commitment, their language policy environment that they've created through the National Language Commission and so on," he said. 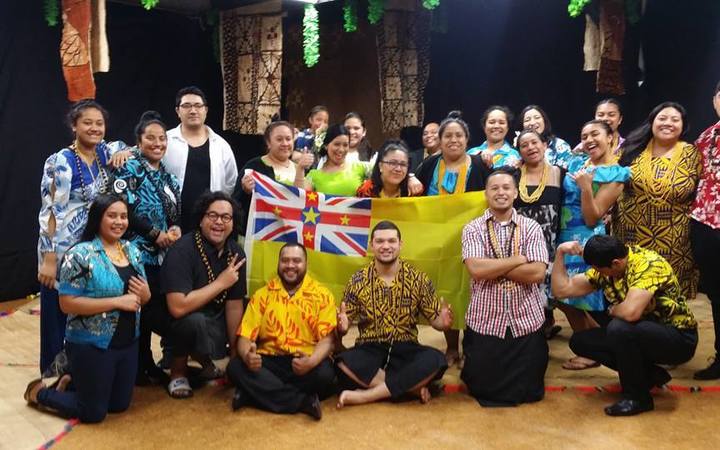 "So there are a lot of really good signs in place for continuing to support the maintenance and even the development and expansion of the Niuean language in Niue itself."

Ms Vakaafi said Niue youth, both local and abroad, often lack confidence to speak Vagahau Niue because they're embarrassed they might say something wrong.

She added that it was crucial that Vagahau Niue is passed on and more youth should be encouraged and supported to sustain it.

"We are the custodians of a language that very few people speak, and we should be proud of that. But we need to be sure that we pass it on the best that we can to the next generation." 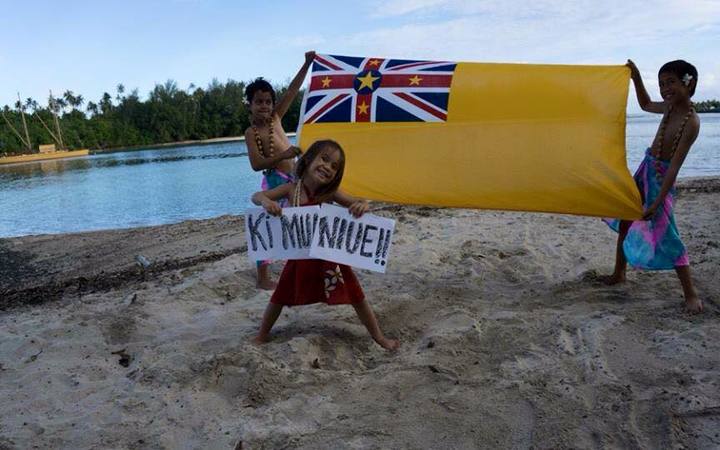