On a clifftop looking out over the Pacific Ocean sits a bright red shipping container, its holes cut out for serving hatches, tables and chairs alongside.

The container carried its Niuean owner's belongings back home from Abu Dhabi and it's now a cafe for the growing number of tourists wanting to stop for a drink and watch the whales breach offshore.

"We're getting a lot of us young ones coming back to do our own businesses," said Joanne Talamahina, another recent returnee to Niue sitting at one of the tables. 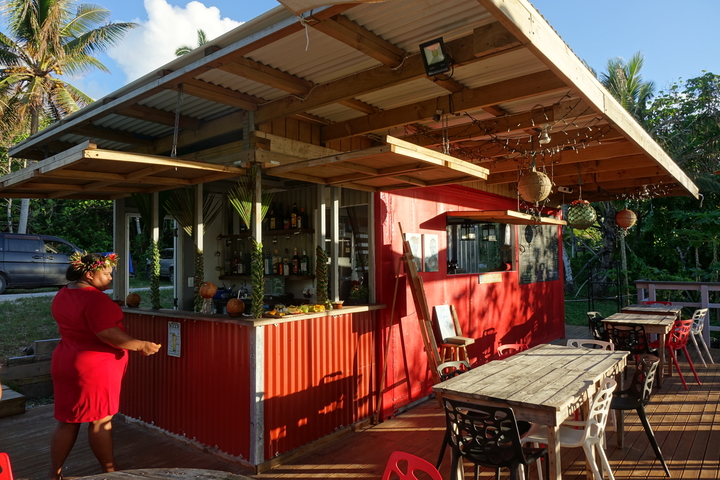 The Hio Cafe is adapted from a container used to bring its owners' belongings home Photo: RNZI/Sally Round

The locals have noticed a number of young families taking up residence in Niue, sprucing up old homes and building new ones.

"It isn't easy and I do know that there are a lot of people that want to come here but then they think of the lifestyle, that it might be too hard for them and the money's not the same as in New Zealand."

Niue is counting on the returnees to fill jobs and build new homes and businesses on the island to help strengthen its vulnerable economy.

Ms Talamahina plans to set up a beauty business and make her own products using local ingredients.

Down the road in the tiny main centre of Alofi, Corrina Folekene, is serving customers at a tourist shop.

She came back in January after 20 or so years away.

"Back in the day it was really hard, there were no jobs, but here there's jobs left and right, in hospitality, retail, different areas, tourism, the Matavai (Hotel)'s got jobs going. 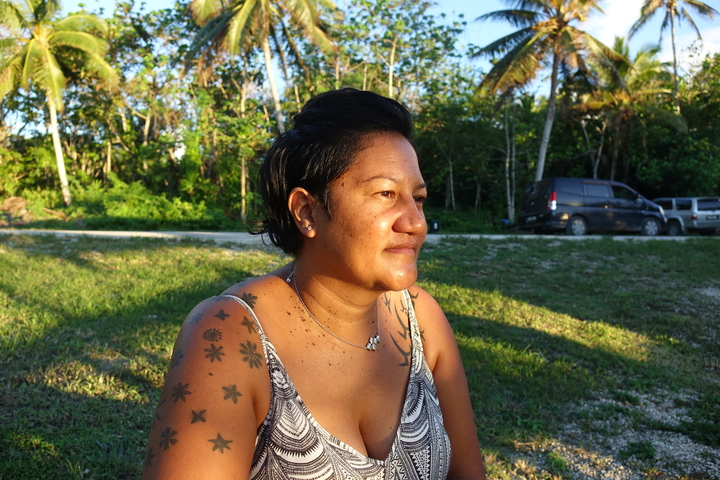 Joanne Talamahina hopes to set up a beauty business on Niue Photo: RNZI/Sally Round

Ms Folekene said she had a family home to live in and her two teenagers could be educated until the end of high school on the island, unlike in her day.

She said was in Niue for the lifestyle, not the money.

Reconnecting with your roots, getting back in touch with your community, knowing who you are, where you're from Ina Vakaafi

Education, jobs and better living standards abroad led to a rapid decline in Niue's population since its peak of 5000 in 1966.

24,000 live in New Zealand as they have access to a home and a job in the country through their New Zealand citizenship.

The government has pushed policies over the last few years to develop the economy, particularly tourism.

The Secretary for Government Richard Hipa said the findings of a census conducted last month would show if the policies were working.

"We consider the stats as very, very critical for policy decisions that the government will be making, whether what we have done, built on the last five or six years, is it indicating a positive trend," said Mr Hipa.

Moira Enetama of the government's cultural arm, Taoga Niue, said it was not just the relaxed lifestyle returning Niueans were after.

"They're starting to realise how much they're hungry for their culture, their vagahau, their language, how we do things, the practices and they try to recreate where they are living at the moment outside of Niue," she said.

"They are starting to come around and take full grasp of who they are, where they are going." 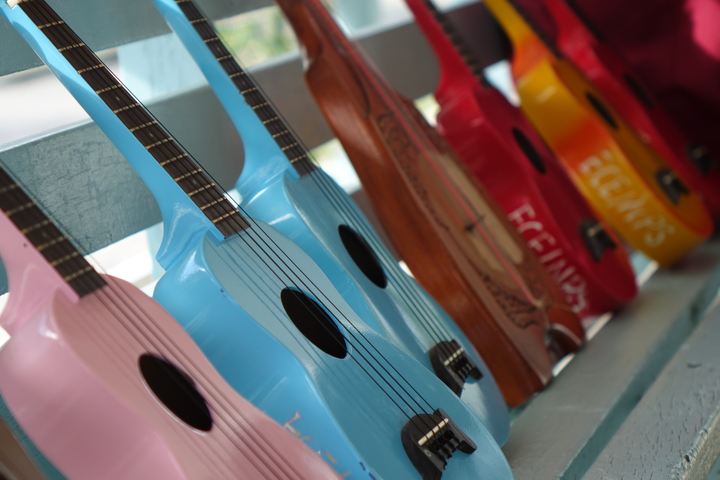 Joanne Talamahina said there was sometimes a cultural rift between those she called Niue Niueans and the returning New Zealand Niueans and the shift back to the island could be hard.

She said there could be issues over the ownership of land but in the end, she pointed out, your Niuean family would always look out for you.

A local journalist who has spent most of her life on Niue, Ina Vakaafi, agreed that it was not always easy.

"We always say only the strong remain. You have to be really, really, not physically strong but there will be times when a close-knit community can be a bit overwhelming for people who have been away for a very long time," said Ms Vakaafi.

Successful settling on Niue was about "reconnecting with your roots, getting back in touch with your community, knowing who you are, where you're from."

The small population meant that Ina Vakaafi, like many, had to wear several hats, doing a paid job as well as working for the community.

Felicity Bollen of Tourism Niue, who was among officials involved with the recent visit by New Zealand's Governor-General, said that was one of the island's attractions.

"You'll see the Secretary for Government turns up at the airport in his official capacity and now he's here as a ukulele player, you know they're a waitress and then the next day you'll see them stamping your imigration departure card," she said.

"There's a lot of jobs, a lot of work that goes on here that's done by one person." 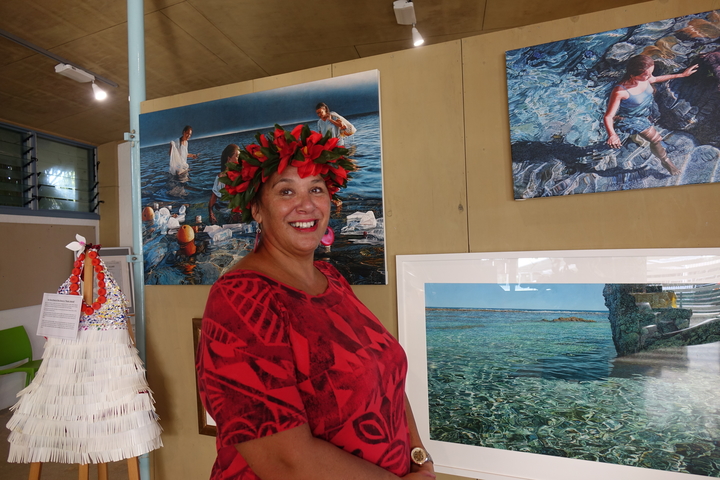 Niue's tourism industry has been expanding and Felicity Borren said the government was looking at ways to stem the labour shortage including expanding the force of workers from other Pacific island countries.

"We have a large population of Samoans, Tongan, Fijian, Tuvaluan population, so Pacific, and also a small community of Filipino but the reality is that we may need to be looking at labour mobility to get people here to grow our economy but it needs to be done very carefully to minimise negative impacts."

Richard Hipa said this would be carefully managed.

"We've got to be very very careful with regards to keeping Niue for Niueans in the sense that we don't want Niue to be populated by any other races or nationals. We need workers, we need labourers but we've also really got to control and manage how we do it."