Solomon Islands has called on Indonesia to substantiate allegations that Pacific nations are fabricating information when citing human rights violations in West Papua. 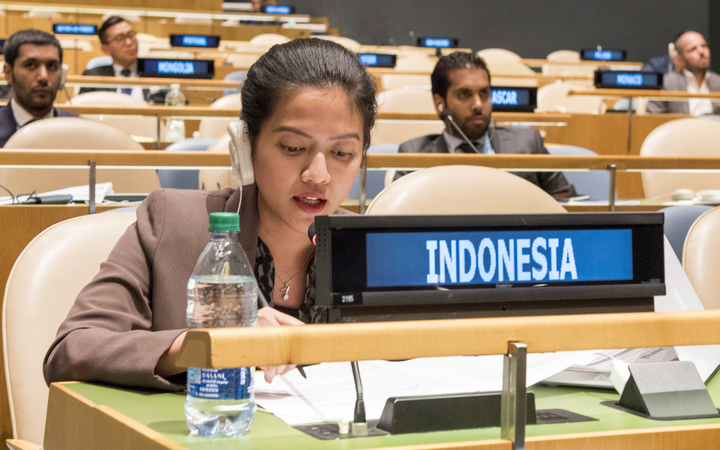 The representative of the Republic of Indonesia, Nara Masista Rakhmatia, exercises her country’s right of reply during the general debate of the General Assembly’s seventy-first session. Photo: UN Photo/Cia Pak

Earlier Pacific leaders had expressed their concerns over West Papua at the UN General Assembly.

Indonesia responded by accusing the leaders of interfering in its domestic affairs. It said they were politically motivated and designed to support separatist groups who had incited public disorder and conducted terrorist attacks.

The Solomon Islands Special Envoy on West Papua Rex Horoi told the Assembly that Indonesia should allow UN Special Rapporteurs into the province if it wanted to prove that Pacific concerns were invalid.

"We realise that neither we, nor Indonesia can resolve this matter alone. We are of the position that this matter needs to be brought to the attention of the body of the United Nations and it needs to be done urgently as lives are being lost with all impunity. Mr President, all lives matter, West Papuan lives matter," said Rex Horoi.