Thousands of Papuans rallying yesterday across Indonesia were reportedly dispersed by police and at least 75 were arrested. 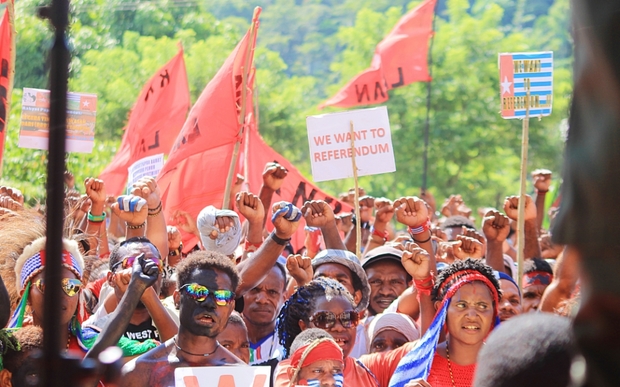 The rallies were in support of the *Pacific Coalition on West Papua's bid to make a call at the UN General Assembly for an intervention into human rights abuses in West Papua.

Translated reports from various Papuan news sites paint a sketchy picture of arbitrary arrests carried out by authorities over the weekend leading up to Monday's demonstrations. 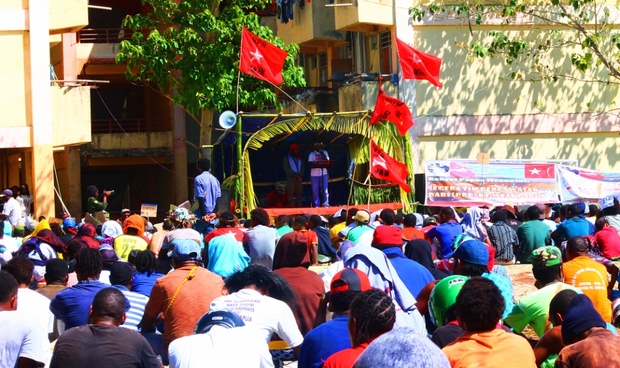 One of the peace rallies in support of the Pacific Coalition on West Papua representation at the UN General Assembly. Monday 19 September 2016 Photo: Supplied/ Whens Tebay

In the regency of Yakuhimo, rally coordinator Yallenang Wakla said security forces were out even before people were able to gather, and their attempts to march were blocked at every turn.

Mr Wakla said in the end organiseres were given only 35 minutes to make a speech before the gathering was dispersed by authorities.

However, Yakuhimo police chief Anthony Maring said they had already rejected an application for the demonstration, because of previous incidents where things got out of hand.

Mr Maring said he simply wanted to avoid any unrest, and he did not condone involving minors in such rallies, especially when they did not understand what it was about. 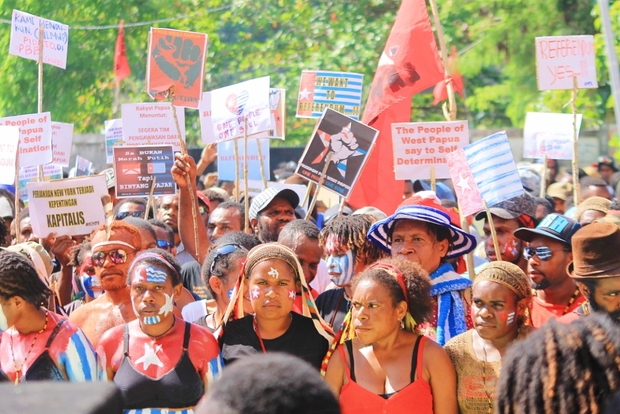 One of the peace rallies in support of the Pacific Coalition on West Papua representation at the UN General Assembly. Monday 19 September 2016 Photo: Supplied/ Whens Tebay

But the chairman of the West Papua National Committee (KNPB) Agus Kossay said the clampdown and arrests of Papuans across Indonesia was because they supported Pacific countries raising the issue of West Papua at the UN General Assembly this week.

Mr Kossay said the people of West Papua support the Pacific Coalition on West Papua at the UN General Assembly, and also support a call for an indpendence referendum for West Papua.

*According to the FreeWest Papua Campaign, the initial members of the Pacific Coalition on West Papua were Solomon Islands, Vanuatu, Front de Liberation Nationale Kanak et Socialiste (FLNKS) of Kanaky/New Caledonia and the United Liberation Movement of West Papua as well as the Pacific Islands Alliance of Non-Governmental Organisations (PIANGO).

The two new members are the governments of Tuvalu and the Republic of Nauru and the two nations expressing their support are Tonga and the Marshall Islands.