The opposition National Federation Party in Fiji says Frank Bainimarama's new cabinet concentrates power in a handful of ministers and means a conflict of interest in some areas. 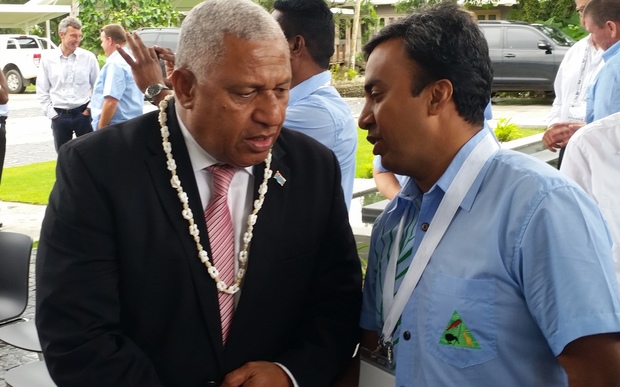 Fiji's prime minister reshuffled his cabinet 10 days ago, saying he wanted to reinvigorate the cabinet half way through the parliamentary term.

He has taken on the foreign affairs portfolio and given Lands and Mineral Resources to Faiyaz Koya who's also the Trade and Tourism Minister.

The NFP said the reshuffle proved more than 80 percent of the national budget was controlled by a handful of ministers, creating what it described as a cabinet within a cabinet.

It said critically important decisions on national policies, precious natural resources and governance would be made by only a few ministers.

The party said the prime minister can't give full attention to his other portfolios of i-Taukei Affairs and Sugar with the increased travel required as foreign minister.

A statement from the party said apart from the Prime Minister, Fiji now had three ministers who hold multiple portfolios and can be likened to "super ministers".

"The reshuffle has disregarded issues of transparency, conflict of interest and decision-making based on impartiality," it said.