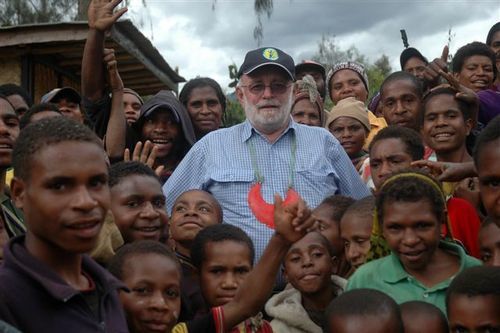 The chair of Transparency International in Papua New Guinea says the authorities' reaction to police opening fire on protesting students last week is disgraceful, and leaves him with little confidence that things will change.

On Wednesday, police injured as many as 23 students from the University of Papua New Guinea in Port Moresby after they tried to march to parliament in a show of support for a planned vote of no confidence against Prime Minister Peter O'Neill.

The students had been boycotting classes since early May to protest Mr O'Neill's refusal to stand down to face allegations of corruption that have plagued his office for years.

After the shootings, Mr O'Neill, the police commissioner Gary Baki, and the university's vice chancellor sought to deflect the blame onto the students, who they said aggravated the incident through their actions.

But the chair of Transparency PNG, Lawrence Stephens, said regardless of students' actions, there was no excuse for the police behaviour.

"Our position remains the same: Police have no right to behave in that manner and people really should be controlling the use of weapons by our disciplined forces," said Mr Stephens.

"They continue to cause us great shame, and great destruction to life, and damage to individuals."

The Papua New Guinea Constabulary is familiar with controversy, with violent confrontations and the misuse of weapons being a regular occurrence.

Mr Stephens said last week's incident was yet another case of the disciplined forces acting with impunity.

"They do so justifiably because you very rarely find that anybody is seriously held accountable. You don't find any of our political office holders prepared to take responsibility for the decisions that they are ultimately responsible for, they look for other people to blame."

A 2005 inquiry into the police force came up with 244 recommendations to address issues of discipline, the use of high-powered weapons, and the need for a police ombudsman. None of those recommendations were ever adopted by the government.