The University of Papua New Guinea's Student Representative Council has called for a broadening of the terms and conditions of the government's inquiry into factors around students' boycott of classes since early May and the unrest at the Waigani campus last Wednesday.

The SRC president Kenneth Rapa said the students recognise that it is critical that the inquiry is an independent one.

The unrest at one of the UPNG's Port Moresby campuses saw police open fire on students after they tried to march to parliament in a show of support for a planned vote of no-confidence against Prime Minister Peter O'Neill.

Around 40 people, mostly students, were reported to have been hospitalised with injuries, including at least four in a critical condition.

In the wake of the shootings, the prime minister announced an inquiry that would seek to uncover external influences driving student protests of the last five weeks.

A boycott of classes by the main student UPNG body, over the students' call for Mr O'Neill to stand aside to face fraud allegations, has been repeatedly characterised by the government as being engineered by non-student players.

The SRC president denies that they have been influenced by anything other than their determination to hold the government to account for abuse of power. 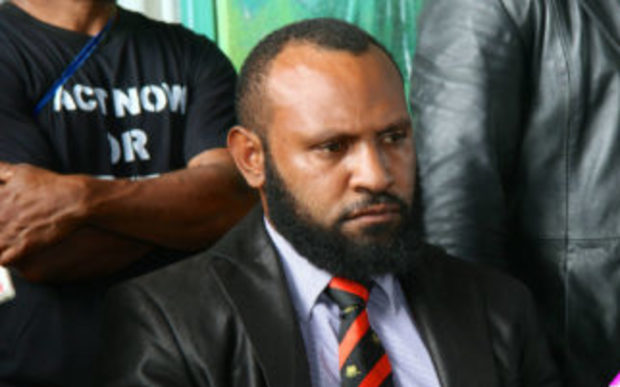 While the prime minister has not condemned the shootings, he has conceded it "could have been handled better".

In the wake of the unrest, Mr O'Neill, police and university authorities have focused on claims that students broke the law in their mobilisations.

Kenneth Rapa said the SRC welcomed the government announcement of a Commission of Inquiry.

However he said the inquiry must not be conducted by a government-affiliated organisation, but instead an independent body such as the Catholic Bishop Conference of PNG and Solomon Islands or The Commonwealth.

Mr Rapa also said the terms of the inquiry must be broadened to include the following:

The SRC also wants the UN and international community to hold PNG to account on adherence to universal human rights.