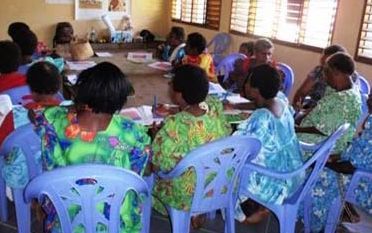 Vanuatu's justice minister says he hopes changing the constitution to allow for reserved seats for women in parliament will address a severe gender imbalance.

Ronald Warsal says no women were elected to parliament in January's election, and he says women's voices are sorely lacking from the political arena in Vanuatu.

He says the government is working to have a bill to amend the constitution ready for the next sitting of parliament in June, which will pave the way for work to begin to create legislation for it.

"Part of it is definitely culture, like in the islands traditional values are strong. Women seem to have maybe lesser roles. I think because of that, it makes it a bit hard for them to win. By doing that, we would give women an opportunity to have a say in parliament."

Ronald Warsal says he hopes to have reserved seats in place by the 2020 election.