The head of Australia's Immigration Department has indicated that the Manus Island asylum seeker processing facility in Papua New Guinea could remain operational. 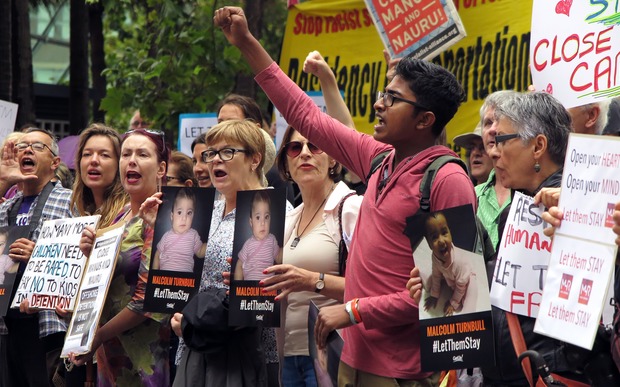 People hold up placards at a protest outside an immigration office in Sydney on February 4, 2016, as Australian church leaders said they would offer sanctuary to asylum-seeker adults and children set to be deported to a remote Pacific camp after a court ruling, saying they were willing to defy the government's harsh immigration policy. Photo: AFP PHOTO / WILLIAM WEST

This is despite last week's PNG Supreme Court ruling that holding people there against their will was illegal.

The court ordered the immediate release of more than 800 detainees on Manus.

Australia's secretary of Immigration, Michael Pezzullo, said it was premature to speculate on whether the Manus centre could become an open facility like Australia's one on Nauru.

But SBS reported Mr Pezzullo having said there was no crisis that required any closure of the Manus amenity.

Australian and PNG officials began talks this week on how to proceed with Manus after the court ruling and will be meeting for further talks next week.