The advocacy group Human Rights Watch is calling on member-states of the United Nations Human Rights Council to ask Papua New Guinea to present a timeline for closing the Manus Island detention centre. 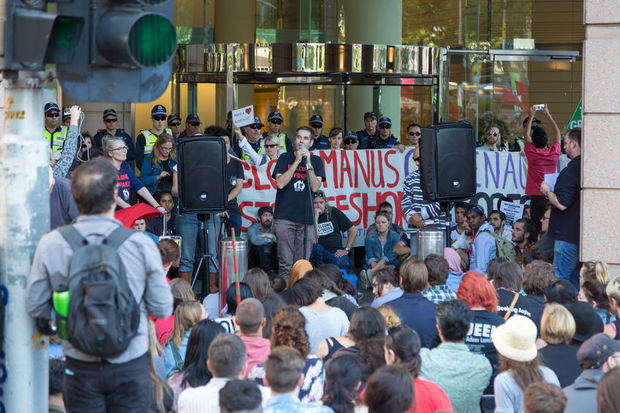 Refugee activists along with the Socialist Alliance and University Students, protest in Melbourne against sending children back from onshore camps to Nauru offshore centres. Photo: Copyright: davidhewison / 123RF Stock Photo

It comes a week after the PNG Supreme Court ruled the Australian run asylum seeker detention centre is illegal.

The group's Australia director, Elaine Pearson, said member states should quiz PNG on its plans for the centre.

"The Supreme court, when it came down with the decision early last week, did say that the PNG government should give immediate affect to the judgement. So I think many countries will be eager to know what PNG is planning in terms of releasing people from detention and what will be the next steps for refugees in terms of resettlement."

Elaine Pearson said PNG should also be asked to show how it was making progress on long standing human rights issues such as violence against women and police brutality.