A former Papua New Guinea cabinet minister says there is growing support among men for campaigns to end gender violence. 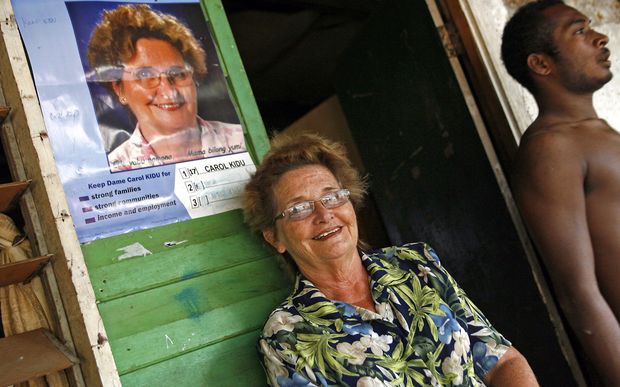 Late last month PNG's Women in Leadership group presented its report on gender equity and social inclusion as part of its campaign to end soaring levels of violence.

Among other things, it called for zero tolerance of violence against women in the public service, with offenders losing their jobs.

A long-time women's advocate, Dame Carol Kidu, said this was a policy that some departments have had for some time, though implementation remained a problem.

However she said male backing for the policy is increasing.

"So there are men who are rallying round this," Dame Carol said. "The secretary for personnel management himself [John Kali] has become, I would say, a champion.

"And he has admitted himself that he has changed considerably since having to take the carriage of this policy gender equality and social inclusion for his department, and he has been a very good leader for the whole thing, but it will take time."