Voting is underway in Vanuatu to elect a new 53-member parliament. Anti-corruption advocates and others say today's vote is crucial in deciding whether or not the country can veer away from years of political instability. 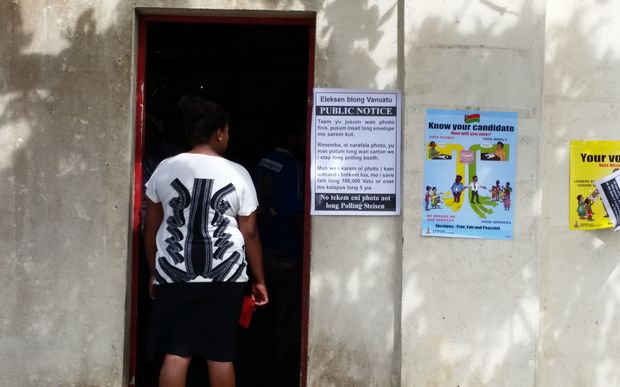 Voter waits to choose a candidate for the snap election in Port Vila. Photo: RNZI/Jamie Tahana

Dateline Pacific: The chair of Vanuatu's electoral commission says the election will be largely problem-free

Every bare wall, fence, and palm tree in Port Vila has been covered in candidate posters in the build-up to today, but many have said it has been a short, hurried campaign.

The snap election was triggered last month when the president, Baldwin Lonsdale, dissolved parliament to end weeks of political instability following the conviction of 15 MPs for corruption.

263 candidates - only eight of them women - are standing, with many of them promising to enact constitutional reforms to rid politics of corruption and regular motions of no confidence.

But few observers have been prepared to predict an outcome for who may form the next government, but it is certain that it will be a coalition.

Meanwhile, the Vanuatu Electoral Commission said some candidates withdrew their names from contesting today's election just a day before polling.

Its chairman, Kilion Taleo, said a Torres constituency candidate, Raoule Woleg, indicated he would no longer be running in the snap election.

Mr Taleo said he had also received information that two candidates in Santo, one in Pentecost and one in Tongoa, who indicated they would also be withdrawing.

He appealed for them not to drop out, even if they thought they would lose the election, and said removing their photos from ballot papers was a burden to polling officers and cost public money. 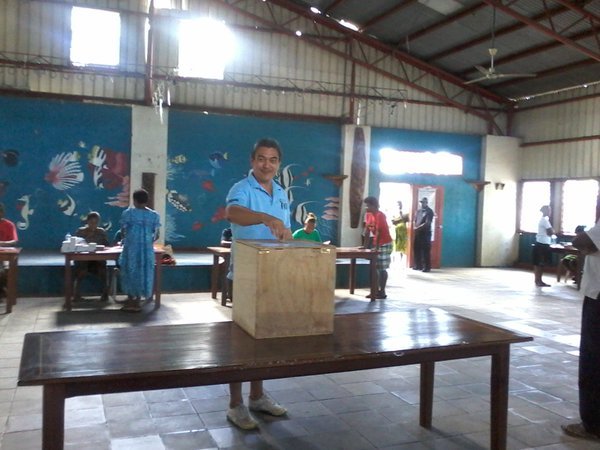 The chief executive of Transparency International in Vanuatu says today's elections are crucial in moving the country forward and improving the integrity of government.

Wilson Toa says the bribery case that led to the dissolution of parliament has highlighted that the Vanuatu political system requires substantial reforms including greater restrictions on campaign financing.

He says it is likely parliament will look significantly different when it sits for the first time in February, and many prospective politicians have been using the bribery case as a platform for their campaigns and proposed reforms.

However, Mr Toa says it remains to be seen whether the talk will evolve into action.