The Australian government is to introduce legislation next week to strip Norfolk Island of the autonomy it has enjoyed for nearly 40 years.

Under the changes Norfolk's legislative assembly will be temporarily replaced by an advisory council, before local government elections in 2016.

Norfolk Islands for many years has been tax free but from July next year the islanders will pay personal and business tax while they will be able to access social security, Medicare and the Pharmaceutical Benefits Scheme.

New South Wales will administer education and health services while the Commonwealth will provide police.

The assistant regional development minister Jamie Briggs says the changes are long overdue and it is not sustainable to ask a community of just 1800 to deliver local, state and federal services.

He claims there is overwhelming support on Norfolk for the changes but the island's chief minister Lisle Snell disputes this, saying 700 people signed a petition backing the status quo.

He says Norfolk Islanders need to have a voice on issues that affect them, such as health, social welfare, policing and education.

But local journalist Wally Beadman, who has lived on the island since 2004, fully supports the action being taken by Canberra.

"There was never an easy answer to this but I think a closer relationship with Australia, underpinned by tax and welfare, is probably the basis on which to build a better Norfolk, because what we have been doing for the past decade or so has patently not worked, and people can say the Commonwealth hasn't let us but at the end of the day, if you are a national type government, the responsibility ends with you." 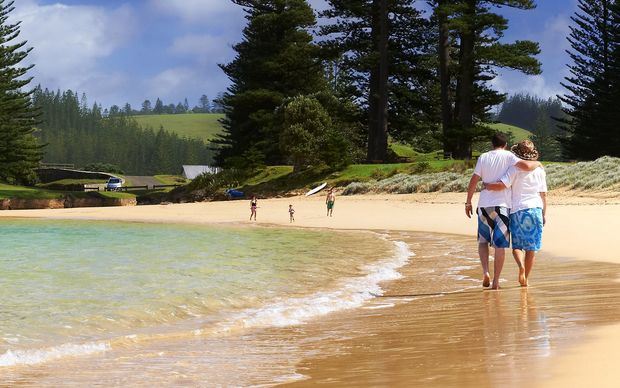