Ongoing eruptions of Hunga Ha'apai in Tonga are creating a new island, 65 kilometres from the capital Nuku'alofa. 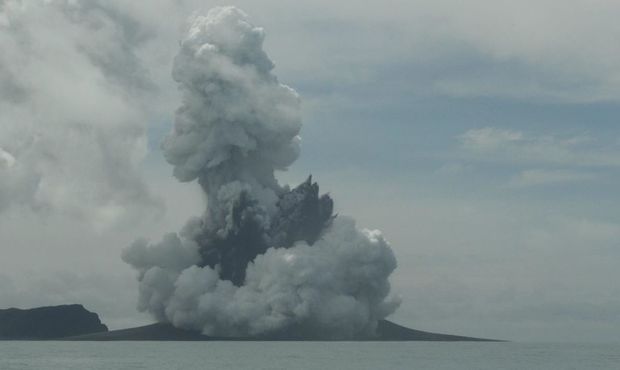 The new island is more than 1 kilometre wide, 2 kilometres long and about 100 metres high, and is now joined to Hunga Ha'apai.

Tongan government officials say the volcano is erupting about every five minutes, spurting dense ash and rocks about 400 metres into the sky and a steam plume to about 1000 metres.

The ash is very wet and being deposited close to the vent, building up the new island.

Ash fall and acidic rain has been observed within 10 kilometres of the eruption, with leaves on trees in the area dying. 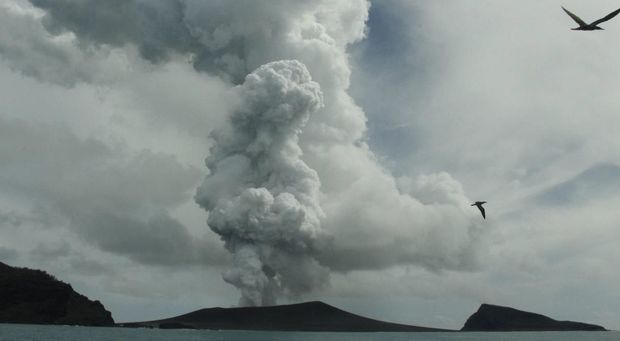 Ash from the Hunga Ha'apai volcano has been causing disruption to flights. Photo: SUPPLIED

Scientists and Tongan authorities plan to travel to the island by boat today.

"If there's no danger during our assessment and we think we can land, we might land to sample some rocks," said Taniela Kula, deputy secretary of the Ministry for Natural Resources.

"Also, we're doing testing of the water, acidity of the water and also pH round the area, just to see the effects of the activity."

He said ash fall and acidic rain has been observed within 10 kilometres of the eruption and leaves on trees in the area are dying.

Two New Zealand GNS scientists in Tonga have been reviewing images and videos and hope to get close to the new island.

Hundreds of travellers were delayed by flight cancellations due to the volcano this week as flights from New Zealand and domestic services were disrupted.