'Clockwerk' was written in 1991 when Maria Grenfell was still a student at the University of Canterbury.

The concept for piece comes from Bela Bartók's 'Music for strings, percussion and celesta' and Bach's Brandenburg Concertos.

'Clockwerk' uses a lydian-dominant scale and is built with a fugal construction where the opening musical subject enters one section at a time, beginning with the first violins. It works its way through many keys and gradually transforms into a new subject in triple meter, ending with an accelerated flourish. 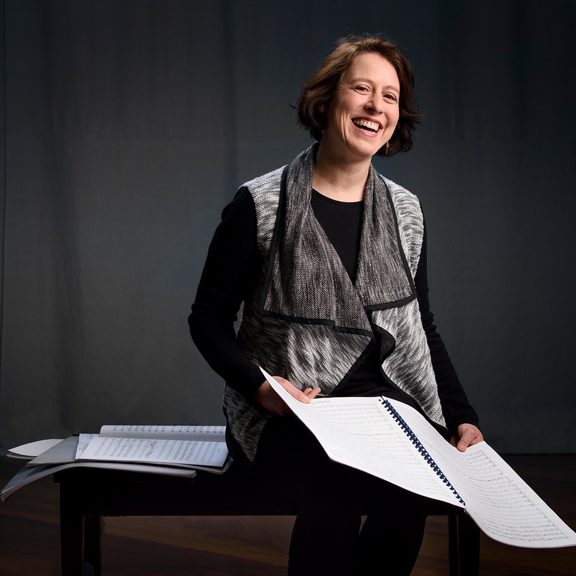 Maria Grenfell was born in Malaysia in 1969 and raised in Christchurch, graduating with a Master of Music degree from the University of Canterbury. She completed further studies in New York and Los Angeles.

Her work takes much of its influence from poetic, literary and visual sources and from non-Western music and literature. Her music has been commissioned, performed or recorded by all the major symphony orchestras and numerous chamber groups in Australia and New Zealand.

Maria Grenfell is currently senior lecturer and co-ordinator of composition at the University of Tasmania Conservatorium of Music.

Recorded by RNZ Concert  for Resound at the 2018 NZ Composer Sessions.