'Axum' was composed as a result of research into the music of Ethiopia. It is based off a progression of Ethiopian pentatonic scales (kinit) and seeks to combine this harmonic language with an impressionist approach to orchestral colour. It is named after the ancient Ethiopian civilization Axum, which was a great trading empire for nearly 1000 years. This piece is resides at a crossroads between cultures and musical traditions. 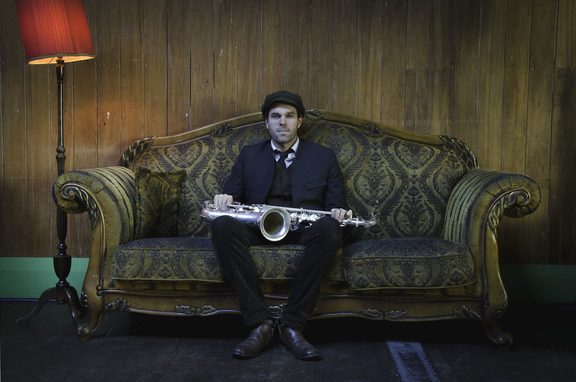 Lucien Johnson (born 1981, Wellington) has been described as “a composer and saxophonist of rare excellence and mettle”. His music has been greatly informed by his global travels and encounters. During his formative years in the 2000s whilst living in Paris, he performed in a free improvising trio with Alan Silva (former bass player for Sun Ra, Cecil Taylor and Albert Ayler) and Makoto Sato, releasing an album on French label, Improvised Beings.

He has composed music for various theatrical companies, including in France, Haiti and India. His doctoral research into Ethiopian music led him to spending two months there in 2016. He performed with Mulatu Astatke and played at the African Jazz Village in Addis Ababa. Subsequently he wrote pieces inspired by his research: Awesome Robots, the soundtrack for a choreographic work by NZ Dance Company; and Addis Nocturnes for piano, premiered by Jeffrey Grice at the Soirée Ravel in Paris in 2017. Johnson composes music for contemporary dance company Borderline Arts Ensemble and was awarded the Wellington Theatre Award for Sound Design for this work in 2017. He has also won the Susan Rhind Award for composition and was finalist for the New Zealand Jazz artist of the year.

In 2018 Johnson was awarded the Harriet Friedlander New York Residency from the Arts Foundation of New Zealand.