ANDREW PERKINS: The Radish and the Shoe (French) 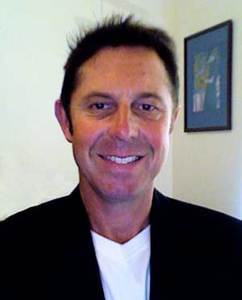 Andrew Perkins: Radish and the Shoe

"The story of 'The Radish and the Shoe' was created by French Canadian artist Louise Jalbert and set to music by Andrew Perkins. Jalbert’s book won the Parents’ Choice Award when it was first published in California in 1984 and has since been republished. The characters, a Radish, a Shoe and a group of Letters, all reside inside a book which they call their home. One day a pair of scissors attacks the book, destroying the characters’ home, leaving them completely despondent. However, they pick themselves up and repair their book, and in the process inadvertently transform their ‘home’ into something more beautiful than before. The story is cleverly analogous with survival in the real world and one that has always rung resonances with the philosophical approach to life Andrew Perkins has always attempted to instill in his students."

Andrew Perkins was born in Warkworth, New Zealand, 31 December, 1961. He attended Auckland University from 1980 till 1985, graduating with the degree of Bachelor of Music (1983) then the degree of Master of Music (Hons) 1985 majoring in Composition. His Composition teachers were Dr John Rimmer and Dr Douglas Mews (Senior) and visiting Fellow Lou Harrison. His other Masters papers were Advanced Analysis and Criticism (with Dr Fiona McAlpine), Advanced Orchestration (John Rimmer), and Fugue Writing (Douglas Mews). As a fully trained teacher, Andrew Perkins has taught Music in England (St Bedes School, Eastbourne), and was one of the foundation staff members of ACG Senior College of New Zealand as Director of Music Studies from 1995 till 2004. He was Head of Music at Baradene College of the Sacred Heart, Auckland from 2005-2008. He currently resides in Melbourne, Australia where he completed his PhD in music composition in December 2013 at the Conservatoire of Music, Melbourne University. He is also a sessional lecturer and tutor at the VCA/Conservatorium of Music.

Andrew Perkins has appeared as guest lecturer at Auckland University, at the School of Music, Mathematics Department (on the relationship Music has with Mathematics), and to the School of Architecture (on Proportion in Music and Buildings). During 1986 he was elected as NZIAA’s cultural ambassador, representing New Zealand at the Eleventh General Assembly, Baghdad, Iraq, on the subject of Peace and the Artist. Andrew was Music Director and Cantor of the Auckland Catholic Schola for 13 years; the group specializes in the performance of sacred music from the Medieval, Renaissance and early Baroque periods. All the music is performed within the context of the Roman Catholic Mass. Andrew has written many psalm settings and motets for the Schola.