Today, all around Aotearoa New Zealand we're marking the centenary of the armistice that ended the First World War in 1918. On this day 100 years ago, after four years of brutal conflict, war finally gave way to peace.

The First World War took a huge toll on New Zealand. Around 100,000 New Zealanders – or ten percent of the population at the time – served overseas during the war, and over 18,000 lost their lives. Families and communities back home felt these losses acutely.

Although New Zealand was in the midst of the influenza pandemic, when news of the Armistice reached our shores it was met with thanksgiving and joyous noise. “There were songs and cheers, miscellaneous pipings and blastings, and tootings and rattlings—a roaring chorus of gladsome sounds.” (The Evening Post, Wellington, 2 November 1918). 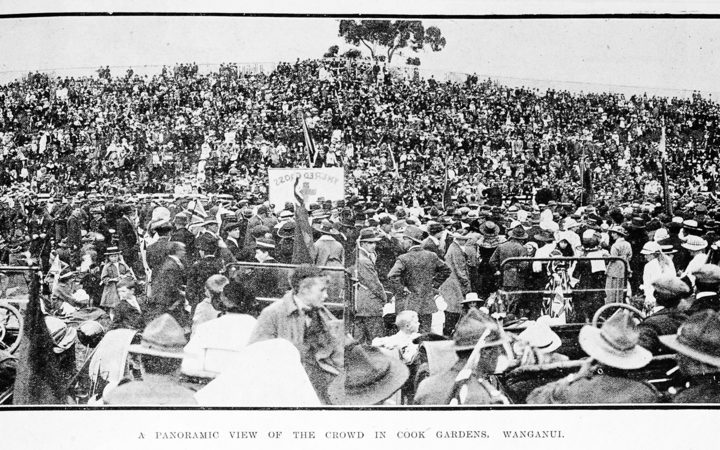 The Armistice centenary gives us the opportunity to acknowledge the loss and trauma of the First World War, as well as reflect on peace and hope at the centenary of its closure. While joining together in remembrance, we can also recapture the relief and jubilation of that important day a century ago.

We remember the service and sacrifices endured by those who fought, and those who stayed behind.

Throughout the last four years of remembrance, New Zealand composers, writers, artists and communities have been reflecting on the meaning and experience of the First World War.

New Zealand composer Ross Harris, in collaboration with others, has, in particular, written on this subject.

Tonight in place of Opera on Sunday we are presenting two concerts in which major works by Ross Harris were presented.

The first is called Spirit of ANZAC: Voices from the Field in which the New Zealand Symphony Orchestra plays his Symphony No 2.

Then, the Auckland Philharmonia’s concert named Enigma in which they present Ross Harris’s work Face.